By (HENRY OVIE EBIRERI) CHIEF PRESS SECRETARY TO THE SPEAKER 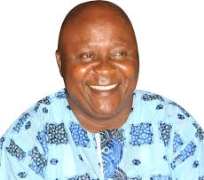 The Chief Press Secretary to the Delta State House of Assembly Speaker, Mr. Henry Ebireri, on Thursday rebutted allegation that 23 Peoples Democratic Party (PDP) members in the Delta State House of Assembly contributed a sum of N5million each with which to compromise the panel of judges and receive a favorable judgment against opposition petitioners, describing it as wicked, baseless and reckless.

In a statement issued in Asaba, Ebireri also described the allegation that the speaker approached Labour Party lawmaker to bring N5million to settle the panel of judges at the House of Assembly tribunal to get justice as political fabrication aimed at undermining the speaker’s integrity,

““The Delta State House of Assembly Speaker is an honest and highly effective speaker. He has built a reputation anchored on integrity over the years.

Stressing that the speaker will not mortgage the country’s democracy, the CPS accused some members of the opposition of putting personal interest above those of the people and the state.

Ebireri who also called the allegations nonsense, appealed to office and money seeking politicians to temper ambition and greed with concern for public good and genuine welfare of the people.

He also appealed to journalists and politicians to protect Igbuya from undue harassment by self-seeking elements whose stock in trade is to hide under the banner of the media to bring down their imaginary or perceived opponents.