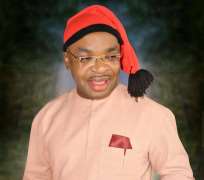 The Akwa Ibom Interest Movement (AIM) strongly condemns the brazen and dastardly acts of invasion by men of the Department of State Security (DSS) who last Thursday invaded the official quarters of the governor of Akwa Ibom State on the pretext of acting on intelligence report that the lodge was stockpiled with arms to be used against the Nigerian state.

This illegal action by agents of the state police who we strongly believe were acting the poorly written script of President Buhari and his kinsman head of the Department of State Security, Mr. Lawal Daura is not only an assault on the sanctity of our had earned democracy, but also an injurious blow on the integrity of the good people of Akwa Ibom State. Never in the history of our democracy has the official residence of a sitting governor been raided; not even in the height of the Boko Haram insurgency in the North East when state governors were even alleged to be sponsors of the militant sect.

Though not surprised that the DSS has descended into the murky water of politics and is being used by the presidency and its acolytes to hound perceived enemies, it was expected as we suspected that Mr. Lawal’s recall from retirement to head the state police was to serve only this purpose. However, we state unequivocally that this action does not only portend danger to our democracy ,but is a pointer to the fact that Nigeria is returning to the dark era of anomy which characterized Buhari and his co-travelers incursion on our nationhood in 1983.

The actions of the President Buhari since assumption of office on the 29th day of May, 2015 will surely take the Nigerian state back to an era when the rule of law was discarded and impunity reigned supreme; one when Nigerians were killed and jailed on retrospective laws; and an era when justice and the fight against corruption distinguished tribe and religion.

That Akwa Ibom State is the victim of this obvious witch hunts shows how desperate and the length the presidency and the party at the center will go to frustrate states controlled by the opposition. It is fundamental that the DSS makes its findings known on the illegal invasion to the Nigerian public. We need to know whether a cache of arms was discovered; see evidence of millions of dollars stockpiled they later claimed was discovered in a guest room and what will happen to the source who supplied the false information. These are pertinent issues the agency must address as a matter of urgency.

We call on President Buhari to come to terms with the fact that Nigeria is no longer under a military draconian regime; rather we are in a democracy and he was elected President through democratic means and must respect democratic tenets. Since he has shed the title military title “General” to reflect his preference for democracy, he should also do away with his military mentality and rein his blood thirsty dogs.