The Long Wait For Buhari’s Cabinet 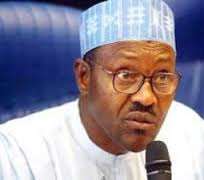 Since he was elected in March, the main task of General Muhammadu Buhari, is perhaps the choice of whom to work with to deliver his campaign promises at least for the next four years. The President’s choice of Ministers is never an easy one in Nigeria or in any other parts of the world for political and other technical considerations.

Since Buhari was elected on the platform of the All Progressives Congress (APC), he duty-bound to protect the interest of the party that got him to power at all times. This is because he is the party leader. He must deal with crises that may arise from within factions or trends in the party ranks. His choice must also take into considerations the fact that there is still going to be elections in the next four years.

In choosing ministers who are, more often than not, party members, the President must identify potential conflict spots that his appointment may cause so that party unity is preserved for the next election. In doing this, the president looks out for persons with a history of party loyalty. In politics, having a person with long years of party loyalty is a rare virtue. Since the president is the leader of the party, he must defend the party ideology and manifestoes, by appointing party men and women into his cabinet for the formulation of policy, guidance and implementations.

The second factor the president must look out for is that apart from being just the party leader he is the father of the nation. In some cases he may want to look outside the party ranks for some appointments when it appears such portfolio may not be good enough for party members. Technocrats can find loyal technocrats to head Ministries like Finance, Foreign Affairs, Justice, Education, Science and Technology which must not be left for “professional politicians”.

The 1999 Constitution contains a provision known as Federal Character principle, under Section 14(3) which states, “…to promote national unity and also to command national loyalty, thereby ensuring that there shall be no predominance of persons from few states or a few ethnic or other groups in Government or in any of its agencies”. This simply means that he must appoint ministers for at least two-thirds of the thirty-six states of the federation. This is to ensure that all ethnic groups are fully represented in the administration.

Apart from the constitutional provision, appointing people from different geo-political zones of the country is just another vote-catching strategy the president may be interested in. It cannot be assumed that the party or the president will not be interested in consolidating on covering more areas or zones in the next election. The administration must be able to at least have a fair representation of geographical and other interests within his administration.

There are certain instances when the president appoints some cabinet members due to special needs. For example, the Ministry of Niger-Delta, is to be headed by a person from the coastal areas of Nigeria by the law creating that Ministry. The office of the Attorney-General of the Federation must be occupied by a professional lawyer. The Minister of Women Affairs cannot be a male. The president must look for persons with these qualifications to occupy these positions.

There is no gainsaying the fact that the choice of the President’s cabinet will in no small ways make or mar the lives of Nigerians at least in the next four years. This is why the President must display deliberate wisdom in his choice of his cabinet this month as he promised some days ago in Ghana.

Olalekan Waheed ADIGUN is a political risk analyst and an independent political strategist for wide range of individuals, organisations and campaigns. He is based in Lagos, Nigeria.