Igbos And The Buhari Government 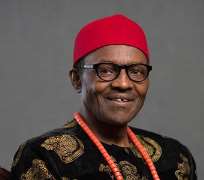 The Igbos have not hidden their contempt for the All Progressives Congress (APC) since its formation in 2013. The party’s image has not been redeemed among Igbos with the APC Government led by President Muhammadu Buhari yet to appoint anyone from the South East, the home of the Igbos into his government.

It doesn’t appear pleasing to the Igbo ears that Mr Emmanuel Ibe Kachikwu from Delta state was appointed Nigeria National Petroleum Corporation (NNPC) boss. This is perhaps why the Ohaneze Ndigbo ( the apex Igbo group ) Youth Council recently accused the President of “hatred for the Igbo nation”. In the past few days, words like “federal character”, “marginalisation” “Biafra” and the likes have been used frequently in public discussions especially among many “Igbo” writers who have suddenly found their lost voices!

After Chief Obafemi Awolowo lost the 1979 Presidential election, Yorubas who voted massively for him played the role of opposition in the Sheu Shagari’s administration. The Vice President, Senate President, Speaker of the House of Representatives all were non-Yorubas and the heavens did not fall. No one mentioned federal character or “marginalisation of Yorubas”. Much ado about federal character!

From a little observation, it appears some Igbos are yet to jettison their Civil War experiences when others have moved on. It is no longer a secret that Igbos made their choice clear during the presidential election and that was not General Muhammadu Buhari , but whether they stand with him through thick and thin is yet to be seen. One of the questions that came up during the campaigns was General Buhari’s role during the Nigerian Civil War. This question was raised by no less a person than the People’s Democratic Party (PDP) campaign spokesman, Chief Femi Fani-Kayode. Needless to say that Fani-Kayode or FFK as he is sometimes called himself would have committed “genocide” considering his earlier views on Ndigbo while he was in the APC. How he suddenly become a “beloved Igbo” when he joined the PDP remains strange to me. This only convinces me that anyone can be a “friend of Ndigbo” if he can just oppose Buhari or the APC!

In parenthesis, what role does a soldier play during war? Does FFK expect Buhari to come out and say he did not fight according to command? At the risk of sounding immodest, though I was born over two decades after the end of the War, I have read several Civil War books from both sides; I didn’t come close to any specific command led by General Buhari. Those that play prominent roles were: T.Y. Danjuma, Murtala Muhammed, Benjamin Adekunle “The Scorpion”, more later, Olusegun Obasanjo and the likes on the Nigerian side. You can mention people like Joseph “Air Raid” Achuzie, Alexander Madiebo, Emmanuel Ifeajuna and others on Biafran side. I am yet to find any Civil War document on Buhari’s specific role(s) leading during the war!

I do not know how General Buhari must have felt early this year when he wrote to Ohaneze Ndigbo, requesting a simple audience. The response of the organisation in my opinion portrays that of a disoriented body in desperate need of reformation. The group did not even deem it fit to acknowledge receipt of the General’s letter!

In all these, I think all hope is not lost. President Buhari must, through the state his party controls in the region (Imo), provide the lead. The President must shun shallow thinkers and flatterers in the region by building the Second Niger Bridge which has been in the realms of dreams over the years. The administration must also ensure that Ports are located in the region for improved revenue and jobs creation. I know little of Igbo needs except those I am told by my Igbo friends. The time to build a Nigeria where Igbos can be proud once again to be Nigerians is now. Buhari can do this and more. My only advice to Igbo leaders is for them to drop their toga of Civil War lenses and look at issues more clearly within the 21st century realities!