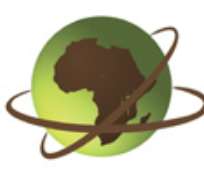 Grahamstown - 30 August 2015: A dedicated programme to focus on local government issues is to be established through a partnership between Highway Africa, Rhodes University COGTA, SALGA and SA Cities Network.

Mayor Tau said: “In the context of understanding the role of cities, and what is expected of cities, it has become important to enable a discourse about local governments across the African continent."

“This initiative would enable this discourse, both challenges and opportunities, to be engaged by people who are specialists on local government” he said.

Mayor Tau said the chosen theme of the conference, “Journalism and the City” not only reflects a desire to interrogate and fully understand the role that journalism plays in telling the story of cities, but also to interrogate which voices are marginalised.

"It is indeed recognition that the media plays an immense role in our continent’s development agenda. The media provides a platform for discussion on a range of issues, including sustainable development as well as to educate the people of Africa about the challenges that local governments face in the development of our cities, and also assist in probing for possible sustainable solutions," he said.

“It is through working as a collective with COGTA, SALGA, SA Cities Network, together with all Mayors of cities that we are able to educate citizens on actions that we could take in our own respective environments which could make a difference,” Mayor Tau said.

Deputy Minister Nel further announced that from 2016, the Highway Conference programme would also include a focus on urbanisation and local governments.

Notes for Editor:
The City of Joburg will host the 7th edition of the Africities Summit XXXXX