Progressive Governors Forum Set To Eradicate Poverty In The Country 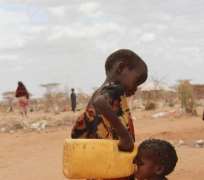 The Governors elected under the plat form of All Progressives Congress, APC, converged in Yola to strategize ways to eradicate poverty and stock take achievements recorded by them for the past three months.

The Governors who are under a body known as" Progressive Governors Forum", set up a committee to fashion out viable strategies toward tackling poverty through mass employment and poverty alleviation in line with the manifesto of the ruling party,APC.

The Chairman of the forum and Governor of Imo State,Chief Rochas Okorocha,who read the communique to the newsmen shortly after a the meeting in Government House Yola,Adamawa State,that poverty is a challenge that the APC is concerned about tackling.

Toward this end,he said, the Progressives Governors Forum,has appointed the Governor of Kebbi State,Alhaji Atiku Bagudu,as the head of the committee.