APC Guber Candidate In Near Fistcuffs With Lead Counsel... As Umana Alleges Compromise By Legal Team 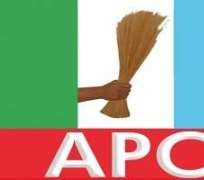 Except an urgent remedial measure is taken, a big rage ensuing between the defeated candidate of the All Progressives Congress(APC) in the 2015 Akwa Ibom State governorship elections Mr Umana Umana and his legal team to the Election Petitions Tribunal may consume their already fast depleting reputation.

A huge broil bothering on confidence crises has for the past couple of weeks caused a cold war between Mr Umana and his legal team led by Wole Olanipekun(SAN).

Worried by the alleged poor run by their witnesses in the ongoing tribunal in Abuja, Umana had desperately expected his Counsel to perform some magic to turn the tide in his favour, and has been impatient with what he believes is complacency by the learned gentlemen.

After his testimony was effectively punctuated last week by the Paul Usoroh –led counsel to Governor Udom Emmanuel, Umana who could not hide his frustration at the poor run, allegedly accosted Chief Olanipekun in the bathroom at the court premises, questioning his ability and integrity in the process.

Unknown to them, their conversation which became heated had come to the common hearing of some other users of the facility.

While Mr Umana was heard exclaiming that Olanipekun may have been compromised, the Senior Advocate of Nigeria hushed him by saying that Umana had no right to question his integrity.

“You are not my first client election matters, go and check my records… I take exception to being addressed like a school boy,” Olanipekun roared, threatening to hands off the case.

With the situation almost getting out of hand, Mr Umana realising that he has bitten a little more than he could chew made frantic efforts to apologize to his lead counsel who however walked out on him.

The uncertainty in the air on the next line of action by the foremost constitutional lawyer has however prompted the APC candidate to engage the legal services of the defeated PDP aspirant for Uyo Senatorial District, Senator Ita Enang.

An inside source who confided with us said Umana is worried because his lawyers are unable to justify the huge bills they keep piling for him, and was forced to return 75 percent of his witnesses because of their poor contributions to his case.

When contacted, the media aide to the APC chieftain Mr Iboro Otongaran said all was well in Umana Umana’s camp, and that any misunderstanding between the two would be resolved as an internal family matter.