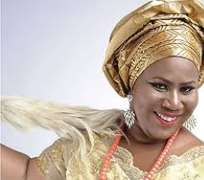 Popular TV host and comedienne, Chigul has revealed a few of the characteristics she finds unappealing about Nigerian men. She disclosed her reasons on this week’s edition of MTV Base Real Talk.

While responding to the question from MTV VJ, Stephanie Coker on what upsets her about Nigerian men, she said, ‘I don’t like men who assume because they have small money, ladies should just jump and follow... Sometimes the money is not even real, it’s in their mind…that’s very annoying’.

She also answered questions from fans including Udeh Chukwunonso Celestine who asked about her marital status. ‘Are you married or when are you getting married?". Chigul replies,‘It’s complicated, let’s leave it there’ and jokingly added, ‘Nonso come o. Help yourself, Knock on my door, I will open for you’.

Another fan asked, ‘What are some of the things people don’t know about you? and in response, she said, ‘A lot of people don’t know that I am a certified French teacher and I speak five languages. I am also a jazz singer and can do a lot of things with my hands’.

MTV Base Real Talk is a one on one question show hosted by MTV VJs, Ehiz and Stephanie that allows fans connect with their favorite celebrities via social media; No questions are off-limits, secrets, guilty pleasures, old memories, phobias and everything is brought on the table.

Watch Chigul talk about what upsets her about Nigerian men here