The Problem With El-Rufai, Fashola's Demolitions, Attitude To The Poor 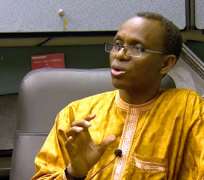 Barely had the new Kaduna State governor occupied his seat when he banished begging in the state. The deed was painted as a reaction to a terror attack, but it was apparent the terror attack was an immediately available convenient excuse to achieve his aforethought agenda to end the "irritating" habit. The bomber was not a pretend-beggar.

Within two months of being in office, the governor next began the aggressive demolition of illegal residences in an entire Alhudahuda community.

In similar reaction to hawkers, beggars and illegal land occupiers, governor Fashola of Lagos is remembered for his demolitions and clamp down on begging. Numerous communities in Lagos were demolished during his eight years, rendering the occupants homeless in an instant. And whoever was found homeless, who could have been made homeless by the very demolitions, was rounded up, kept in "concentration camps" and deported to any state of the Lagos government's choice. At least 3000 Nigerians were deported through his tenure. I described these dumpings, typically on roadsides at outskirts of states in an earlier article .

While the principle of the demolition of illegal structures is legal, the problem is the reality of the States and nation. Is it fair for El-Rufai to give notice and demolish in just two months? Can he argue that notice was given by previous administrations he himself accuses of being hopeless, unresponsible and unreliable and as such, the occupants should have expected this sudden inconvenience?

There are some fundamental blunders and potential crimes in the cases of both governors and they are borne of the same stock. Let's present it simply:

You must never demolish homes where there is no social welfare.

You must never banish begging where there is no social welfare.

You must never deport Nigerians irregardless of social welfare availability. (section 41(1) of the 1999 constitution). When you ban begging, assuming/after there is housing for the poor and welfare, then you can arrest and jail the beggars who violate, but you still cannot deport them around Nigeria.

The actions of both governors are borne from the same cloth-- elitism.

El-Rufai is the epitome of the Elite. I have for long been as anxious and worried about him as I have been excited. He is the archetype of elitism just like Fashola is or became. These men represent the definition of the elite. They are "pure blood.." They detest destitution. They believe every man must be affluent or is less than a person. Their reaction to poverty is instantaneous, harsh and uncompassionate.

I do not care that Nigeria's billions have been looted and the nation has been run into the ground by friends of mine, leaving you no opportunity for gainful employment. I do not care that if you do not beg from tonight, you will starve and may die. I do not care that this country has only fed and built for the rich; that we developed Abuja to be as good as any developed city, re-paving the roads every year, while leaving the rest of the nation to rot. All I want is for you to get out of this property this minute and to get your filthy selves off my streets.

This is the Fashola/El-Rufai mantra. This is the decretum behind their policies and state actions.

So you see, while it is beautiful and beautifying to rid Lagos and Kaduna of destitutes, the prerequisites for such decree must be set in place first.

Before Fashola bans Okada, he should build a thorough Lagos metro transport system to enable Lagosians get around without each person depending on a car and as such not only leading to traffic deadlock but environmental pollution. Build the metro system first before you build Eko Atlantic haven for the wealthy; then you can ban Okada and the transport-time will not increase as a hardship for Lagosians.

While you can never or rather, should never deport Nigerians according to the provisions of our constitution (section 41(1) of the 1999), before you can banish street begging, establish a welfare system and homes and feeding stipends (Food stamps) for the poor, then you can ban them from begging.

I believe both men are Muslims. In Islamic records, the banishing of alcohol followed a stage-wise process. First Muslims were told to decrease their consumption, then it was banned. This is the way of the prophets. The great leaders of old will not go to bed if any of their constituents was hungry. Things have so changed now... and this is why we have MEND and Boko Haram in Nigeria. It is the protection of the rich and deprivement of the poor that has brought the Wrath of God on Nigeria.

The sudden demolitions in Kaduna have only one outcome as did the deportation of beggars by Fashola. These lead to deaths. Already El-Rufai has three deaths on his hands. According to DailyTrust , three Nigerians have already died as a consequence; "Ali Yayo, a resident of the community behind Alhudahuda, whose house was demolished, was said to have suddenly slumped and died. “There were also Sani Anle and Murtalele who also died after their houses were demolished. At least, seven residents of the area are receiving treatment at various hospitals in Zaria. One of them is Abubakar Mai Sirfani."

We should not look for a day of reckoning when a blind, crippled or other destitute, an old man, woman or child will ask what they did that the governors denied them an existence or dumped them on the side of the road.

While Nigerians celebrate change, it is advised these governors and men with great ideas are reasonable and conscious of economics and management of/for the poor. If they feel they have wronged Nigerians, they should make atonement. Otherwise a class war will be inevitable in Nigeria.

Praying their indulgence, I [for ENDS] write for the poor.