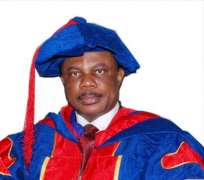 The growing popularity of the Anambra State Governor, Chief Willie Obiano who turned sixty Saturday has rattled the opposition who have resorted to vicious attacks and campaign of calumny aimed at whittling down the accolades from Ndi Anambra and his admirers across Nigeria which trailed the birthday anniversary.

Although governor Obiano insisted and marked a solemn birthday comprising of a Holy Mass and reception for guests thereafter at his impressive country home in Aguleri, Anambra East Local Government Area, the unsolicited expression of love and goodwill messages from Nigerians have stirred apostles of hate to come up with spurious write-ups and claims on social media platforms just to defuse the uniqueness of the attainment of the landmark age by the governor.

One of such diatribe is the handi-work of Media Aide of former governor Peter Obi, one Valentine Obienyem whose current brief is to ensure that governor Willie Obiano and his friend and brother, Chief Peter Obi remain at logger head over nothing just to ensure his sustenance.

It is no longer news that Obiano ran on the theme of Continuity and since inauguration on March 17, 2014 have sustained a legacy of good governance in Anambra with a vision to make Anambra State the first choice investment destination and a hub for industrialization and commercialization activities.

Today, the state stands to reap the gains of that clear goal and a regime of institutional frameworks with investments worth $2.4billion USD in the past sixteen months. But the army of haters would have none of it hence the vitriol and Facebook rants because they would rather that Anambra remain where we were in 2013.

Many have expressed worry at the tantrums contained in the concoction by the said Obienyem’s post on Facebook. That Valentine, a former Seminarian who could not go further in his quest for the Priesthood, could manufacture such tissue of lies against his governor and ascribe it to contractors working in the state just to further his smear campaign betrays unimaginable level of depravity.

Already, most of the contractors whose attention was been drawn to the slimy posting on Facebook have denied the author in no uncertain terms and some are said to be considering legal actions after due consultation with their lawyers.

There is no doubt that Mr. Valentine Obienyem is taking advantage of the open platform on Facebook to display his disdain for the rising profile of a man way beyond his league.

Thankfully Ndi Anambra do not reckon with such a vile person in their midst.