…As family moves property from palace
By The Nigerian Voice 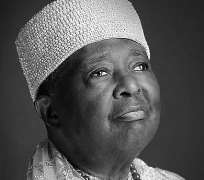 IN spite of continued de­nials that he is not dead, but hale and hearty, Daily Sun has gathered that the remains of the Ooni of Ife, Oba Okunade Sijuade Olubuse II, were yesterday said to be in Ile’gbo, the coronation place for the highly respected monarch.

An Ife traditional chief who spoke to Daily Sun on condition of anonymity, said: “The body has since arrived the palace and was received by the members of Isoro cult early this week.”

“His journey to the throne started from the place called Ile’gbo. That is where he was installed as the Ooniand that is the place anyone that will suc­ceed him will also be in­stalled,” he added.

“The body is being pre­served through traditional means. Details may not be too good for publication. All the rites will be done, while the body is kept there. But don’t expect formal announcement of his death in the next two weeks.

“It may take months, depending on how fast the Isoro members are able to conclude the necessary rites. The body is there as I speak with you, but non-members of Isoro can see it.

“Even, his family mem­bers can no longer see him again,” he said.

Also, Oba Sijuade’s family must have finished moving out their personal belongings out of the pal­ace.

Also, about seven ve­hicles bearing the number plate of the Ooni were seen yesterday by 2 pm along Ibadan/Lagos Road heading for Ile-Ife. Some vehicles were also seen conveying furniture, bags and other personal effects of the family members to Ibadan and Lagos.

The Ooni died at St. Mary Hospital in Pad­dington, United King­dom on July 28, of un­disclosed illness. He died at 85 after he was flown abroad the previ­ous Friday. Although there were controversies over the official confir­mation of his death, it was gathered that the re­mains have already been brought down to Ile – Ife, Osun State, for rites of passage.