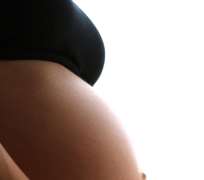 Human Rights Writers Association Of Nigeria (HURIWA), a civil society organization has dismissed as discriminatory and therefore illegal and unconstitutional the decision of the NYSC management to ban pregnant and nursing mothers from participating in the yearly scheme.

The Rights group has also cautioned the hierarchy of NYSC to stop this discriminatory and unwholesome apartheid practices of barring pregnant women and Nursing mothers from participation and deriving the full benefits of the programme which is national integration because this unfortunate policy can break up homes since intending participants who are young brides may deprive their grooms of the conjugal fruits of consummation of their marital bliss on the guise of not wanting to be pregnant and therefore miss out on the compulsory NYSC programme for graduates.

Appealing to the Director General and the top management of NYSC to review this unconstitutional policy HURIWA in a statement signed jointly by the National Coordinator Comrade Emmanuel Onwubiko and the National Media affairs Director Miss Zainab Yusuf, affirmed that section 42 (1) of the Constitution of the Federal Republic of Nigeria of 1999 (as amended ) clearly spelt out that government policy cannot be couched and implemented to primarily discriminate against any group of citizens under any guise.

provisions of NYSC used as an anchor to churn out these military type command policy.

HURIWA recalled that the National Youth Service Corps (NYSC) has barred pregnant women, nursing mothers and students engaged in postgraduate studies from enlisting in the national service across the country, until they are free to participate effectively.

Rising from a two-day pre-mobilization workshop for the 2015 Batch “B” NYSC programme, held in Kaduna, Director-General of the NYSC, Brig-Gen. Johnson Olawumi, stated that the exemption of pregnant women and nursing mothers, as well as post-graduate students from national service was because they would not be able to undergo the four cardinal programmes of the NYSC.

In a communiqué, the NYSC also resolved that henceforth, pregnant women and children would no longer be allowed into orientation camps across the country for service under the scheme established by the Gen. Yakubu Gowon administration in 1973.

But HURIWA has submitted that this interpretative approach adopted by the current NYSC management is unconstitutional, null and void and must be withdrawn forthwith because it seeks to demonize pregnancy and Child upbringing which are cherished virtues accorded the highest reverence in Africa; besides HURIWA said the central theme of NYSC is national integration and not for military match passes which is the main reason the military General heading NYSC has used to introduce these totally unacceptable dictatorial and discriminatory practices.

"Who says that a pregnant lady or nursing mother can't properly integrate with her host community? Who says that it is a crime to breastfeed babies in places of primary assignments? Why criminalise breastfeeding of babies? We condemn this plot to undermine the enjoyment of the constitutionally guaranteed fundamental human rights and the plethora of humanitarian laws encompassed in several binding conventions and treaties signed by Nigeria".