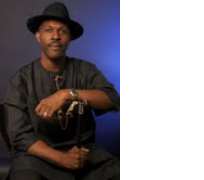 The governorship candidate of the Labour Party (LP) in the just concluded general elections in Rivers State, Prince Tonye Princewill, has said he would not be surprised if the courts annulled the 2015 governorship election in the state.

The LP governorship candidate described the April 11, 2015 governorshipl election, which saw the emergence of Governor Ezebunwo Nyesom Wike as the worst in the history of the state.

This is as Anglican Bishop of Evo Diocese; Rt. Rev. Innocent Ordu, has called on politicians in Rivers State to emulate the political lifestyle of LP governorship candidate, following his peaceful, non-violent disposition during and after the general elections in the state.

Princewill, in a statement issued in Port Harcourt yesterday, wondered what the outcome of a re-run election in the state would be, if the courts eventually nullified the April polls, saying he would continue to be on the side of the people of the state.

He said, “Truth be told, the annulment of the elections in Rivers State, will not surprise me; but what will be the outcome of a re-election? My stand is with the people of Rivers State. I have a feeling I know what they want. We’ll see!

“I stand boldly to say that the April elections were the worst in our history; but by our constitution, Governor Nyesom Wike was sworn in, thanks to INEC. He is, therefore, the governor and has a constitutional duty to govern the state, till further notice.”

Princewill, who denied rumours that his petition was recently struck out by the state governorship elections petition tribunal, called for prayers for Wike, whom he said , remained the governor of the state, having been declared so by INEC.

The former governorship hopeful said, “So even if rumours cooked up by mischief-makers, state that my case was recently struck out, the majority that follow and understand my activities know that I have no business with the Rivers State Election Petitions Tribunal. It was not my case.

“He (Wike) needs the support and prayers of all to achieve that. I refused to approach the tribunal for many reasons, some which I made public, but one major reason was the fact that men of God I respect, told me not to. And when I prayed about it, my mind was at peace. It still is.”

Ordu, who spoke in Port Harcourt, at the end of the 3rd session of the 2nd Synod of the Anglican Diocese of Evo, commended Princewill for his peaceful disposition and called on those who lost elections in the state to prayerfully accept the outcome and stop upsetting the peace of the state for the sake of the common good of the people.

He said, “We think strongly that politicians of other political parties in Rivers State have a lot of moral lessons to learn from one of their own, Tonye Princewill, the flag-bearer of the Labour Party at the last gubernatorial election in the state. His peaceful, non-violent disposition before, during and after the elections deserve our commendation and those of other well-meaning Rivers people.

“We encourage all who lost the elections in the state to prayerfully accept the outcome and stop upsetting the peace of the state for the sake of our common good. Power comes from God and He chooses the one to give it to at any time.”