Didier Reynders about the situation in Burundi 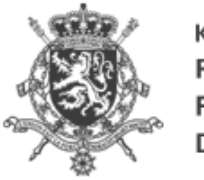 BRUSSELS, Kingdom of Belgium, August 4, 2015/African Press Organization (APO)/ -- Deputy Prime Minister and Minister of Foreign Affairs Didier Reynders expresses his deep concern about the escalation of violence in Burundi. On Sunday, Belgium immediately condemned the attack that claimed the life of General Adolphe Nshimirimana and had direct contact with the Burundian authorities to appeal for calm and restraint.

Didier Reynders protests against yesterday's attack which seriously injured Pierre-Claver Mponimpa, a courageous human rights defender. The Minister is concerned that the current climate of violence in Burundi is coupled with increasing restrictions on fundamental freedoms, including violations of physical integrity of journalists and human rights advocates.

Belgium expects the government to ensure safety of citizens and national cohesion and calls on the judicial authorities to prosecute those responsible for these crimes in accordance with the rule of law. The Minister further calls on all parties to show restraint and dialogue to reach a consensus, which is the only way to overcome the current crisis.