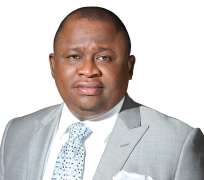 Following yet another fire incident in which lives and property worth millions of naira were lost in his senatorial district on Friday, Senator Solomon Adeola representing Lagos West Senatorial District has called on men of the Nigerian Police Force to always exercise caution and discretion in execution of their roles of prevention of crime and apprehension of criminals.

While commiserating with the family of Mama Feranmi who lost three female children in the inferno allegedly resulting from an accident during a hot pursuit by Police of an LT27 bus laden with jerry cans of fuel and another parked vehicles at Jakande Estate in Oke-Afa, Isolo, the senator lamented that this is the third incident in similar circumstances in less than two months in his senatorial district stressing that as one of the most densely populated areas of Nigeria, the Police should always weigh the collateral damage of enforcement of laws and control of crimes on innocent citizens.

“I am greatly sadden by the recurrence of these fire disasters that claimed lives and destroyed properties as well as means of livelihood of my constituents. I believe that with modern technology, the Nigerian Police can device safer ways of apprehending suspected criminal in possession of hazardous materials like fuel. It is regrettable that innocent lives are lost in pursuits of suspected criminals” senator Adeola stated.

Senator Adeola recalled that in the last two incidents that occurred in Alimosho and Iyana-Ipaja area, the Police were fingered as pursuing articulated vehicles laden with fuel and diesel when accident occurred resulting in inferno that destroyed multi million naira properties of innocent citizens.