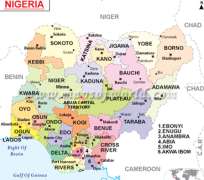 Admittedly, Nigeria is a complex country, with over three hundred ethnic groups.

In an interview that appeared in The Guardian of Tuesday, May 28, 2013, under the caption “How to save Nigeria from anarchy by Nwabueze, Asemota”, The Patriots under the chairmanship of Prof. Ben Nwabueze, provided their research-based claim that we have 389 ethnic nationalities in Nigeria. This lack of ethnic homogeneity is compounded by the various religions we have in the country. Though our uncorroborated statistics from the National Bureau of Statistics purportedly states that the country is split evenly between Christians mostly in the South and Muslims mostly in the North, there are other religions, especially our traditional African religion. I hesitate to use the term “pagan” in referring to our traditional religion. Even the phrase traditional African religion is questionable as some theologians will argue that Christianity originated from Africa and was eventually exported, only to be re-imported to us, in an "anglosized" form. Also, The United States Institute of Pace in a January 2015 article titled “Religion and Conflict in Nigeria” by John Paden, states that “Muslims in Nigeria include Sufi, Izala, women’s organizations, student organizations, emirate traditions, and ordinary people, as well as Boko Haram extremists. Christians range from Catholic to mainstream Protestant to Evangelical to Pentecostal to African syncretism.” That notwithstanding, I want to look at the interplay of religion, morality and politics in Nigeria, using Christianity and Islam as a general backdrop.

Recently on a trip with some fellow lawyers, we were discussing corruption, religion and essentially morality. It reminded me of an article I wrote four years ago, wherein I asked which was worse: Adultery or Corruption. Only a naïve person will deny that our moral values have declined as a nation. A gentleman stated that some years back, a young girl would have been ashamed to have even the straps of her brassiere showing in a dress. The counter was that today, some clothes are made to intestinally reveal the bra and young girls will expose their bra and cleavages to entice a man under the guise of being sexy or fashionable. We discussed the incessant adultery committed by married men and women in the country, with searchlight beamed on married women at NYSC camps sleeping with young men. Also, we discussed why men and women cheat, with a particular man stating that he only cheats when he travels.

Given the Durex condom research that painted Nigerian women as the most unfaithful women in the world, the issue of DNA tests came up. It was jovially agreed that if DNA tests were readily available in Nigeria, many homes will be broken because a lot of men will discover that the children they raised were not biologically theirs. In fact, many married women have been embroiled in controversy over lying to their husbands that they were pregnant, only to go outside to “buy” a child and bring it home to the unsuspecting husband. Then there are the ones that even their husband encourage them to go outside and bring back a pregnancy. At the end of the day, we still came back to our discussion on morality and politics. With the prevalence of churches and mosques everywhere, why is there still so much corruption and wickedness in the country. A friend of mine stated that he does not like the idea of prayers being offered in many offices before the beginning of the work day, especially at government offices. He also pointed out that in some markets, the traders have morning devotionals (praise and worship session) before the start of the day. My friend is a Christian but was pointing out the hypocrisy of these people. The same civil servant that just finished praising God, will go into the office to find a means to embezzle money or frustrate a contractor that has not “shown appreciation.” He further added that the trader will leave the morning devotion and immediately start plotting how to defraud or overcharge a customer to increase his profit. I reminded him that in civilized clime where they practice separation of State and religion that will not happen. Keep in mind that Section 10 of the 1999 Constitution of the Federal Republic of Nigeria (as amended) states that “The Government of the Federation or of a State shall not adopt any religion as State Religion.”

My Muslim friends were not left out of the discussion. How can a Mallam or Alhaji go to the mosque at 2pm, pray religiously five times a day and still swindle you or siphon off billions from the pension funds or our national coffers. Even with the privilege of marrying four (4) wives, some Muslim men still have mistresses/concubines outside.

Morality is usually a set a values in a community. Is it that infidelity, morality, corruption are now acceptable values in Nigeria? If so, maybe we should stop deceiving ourselves and accept it. In fact, we should tell our President not to bother with the fight against corruption because our religion, morality and politics accept it. Maybe we should stop complaining when we see the “runs” girls chasing after sugar daddy politicians? If we celebrate politicians and fraudsters that display their ill-gotten wealth without being concerned about the source of their wealth, then are we not sending the message that just get the money, no matter how?A friend simply admitted that he has not stolen any money yet, not because he was righteous, but because he has not been given the opportunity. In fact, he said he was looking and “praying” for the opportunity to steal money because everyone he knows has stolen money from government. He even bemoaned how a “small” boy he trained was appointed SA and all of a sudden is displaying wealth without abandon.

Where do we go from here? My Almighty God help us.
Rev. Atawa-Akpodiete, a public Affairs Analyst and Consultant, writes from Asaba. Contact him on 08138391661 or [email protected] .