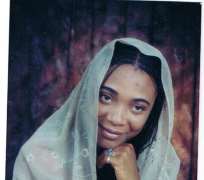 Ummi Nuhu removed by police force…Popular Kannywood actress, Ummi Nuhu went crazy on boyfirend Umar's room at the Bow Hotel in Abuja. This crap got nasty, and police had to escort her off the property. Here is more from Weekend Triumph Entertainment Gossip source. Police were called to the scene after Ummi Nuhu reportedly “threw a room-service tray at what she thought was her boyfriend's girlfriend” during a heated fight. The only problem was…she threw that tray at the wrong person. As a result, Ummi was kicked out of the posh hotel, with authorities escorting her off the premises.The same source claims Ummi's friends and family are planning on staging an intervention to get her back in rehab for the fourth time!
= = =

Maryam Mashahama and Nasir Usman, a councillor in Kano metropolitan set to marry. Maryam Mashahama and Nasir began dating 4 months ago. Now they are getting married in what appears to be a quick, whirlwind courtship. The Kannywood superstar actress and producer is seen everywhere during the Sallah celebration with fiance Nasir looking happier than ever. Another movie in store? Hmmm…. Maryam did a bikini show for him at Abuja recently, and let me tell you, its ground-breaking because she has never had a bikini before. Kudos to people who read this column, enjoy your weekend.
= = =

Adamu Hassan Nagudu has a new video, 'Wa'adi ya yi'. It also features Fati Niger and Billy-O. When I grow old, I want to be a musician like Nagudu. I would love to live out the rest of my days just bragging to all my friends about how awesome I am. I think this song is perfect for today's economic crisis. Just rub it in all our faces, why don't you? Sorry for the tangent; Nagudu, here is my advice to you: go to take your valium now and look for a job.