Why President Buhari is the Obstacle to War On Corruption 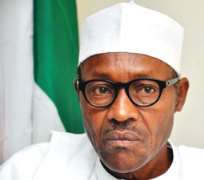 “…. whoever that is indicted of corruption between 1999 to the time of swearing-in, would be pardoned”
- President Mohammadu Buhari
on March 11, 2015 at a Campaign rally in Kaduna

“The right thing to do is to probe at least the administrations from 1966 when this level of corruption and criminal wastefulness of resources started…”
- Balarabe Musa, Former Governor of Kaduna State
in The Sun of July 25, 2015.

It is becoming increasingly clear that President Mohammadu Buhari really has no interest in fighting corruption. It is embarrassing and disappointing that President Buhari conveys confusion and contused confidence about the war on corruption. The defeat of corruption is the greatest desire of Nigerians. It is why Nigerians felt that he should be given a chance after rejecting him at the polls three previous times. So far, President Buhari has not been able to come up with any clear cut policy, rules and guidelines as to how he plans to fight corruption.

In fact, evidentially, the most challenging obstacle to fighting corruption in this present dispensation is President Buhari himself. President Buhari has raised obstacles to the war on corruption so that it would be impossible to prosecute. This would help him and his friends could keep their loots. Any hope that corruption would be decimated if not brought to its knees by President Buhari is not just dissipating, it is fast disappearing. One more time, Nigerians have been taken for a ride.

In a document titled “I Pledge to Nigeria” released during the campaign, President Buhari made the following promise to Nigerians:

So far, President Buhari has failed to fulfill this promise to publicly declare his assets. What this refusal to declare assets publicly means is that he has skeletons in his own closet. He is hiding something from Nigerians. He is not as poor as Nigerians have been made to believe and he is probably embarrassed to openly let Nigerian know what he has illicitly accumulated.

It would be remembered that on Wednesday March 11, 2015, in Kaduna, President Buhari had promised that he would not probe anyone who was engaged in corruption up till May 29 when he would be sworn in. As far as he was concerned, according to that speech, you can steal all you want up till his swearing-in as president, you would be left untouched. This gave an impetus to more stealing toward the dying days of President Goodluck Jonathan administration. He has by his utterances and actions so far created confusion about what he planned to do about corruption. It is difficult given some of his actions so far if this was not a deliberate act of obfuscation to undermine the war on corruption on the part of President Buhari himself. Now, he has turned around to insist that he would only probe Jonathan's administration as if corruption just started six years ago; as if Nigeria just came into existence six years ago. What a balderdash!

One of the reasons why President Buhari is very confused about the war on corruption and he is deliberately undermining his own efforts is his determination to protect the corrupt legacy of his bosom friend and confidant, late General Sani Abacha. President Buhari's previous position on General Abacha is that he (Abacha) did not steal any money. If he holds this position, then how can he honestly fight corruption? It has been contended in some quarters that the reason President Buhari is not willing to probe General Abacha's regime is because he was also involved in the same regime where he blew billions of Naira for which he has refused to account to Nigerians up till date.

This position has been functionally tied to his refusal to show up at the respected Justice Chukwudifu Oputa's Truth Commission to look into Human Rights violations in Nigeria and some acts of corruption. President Buhari by his refusal to show up in front of that panel told Nigerians that he was above the law and he could not be held accountable for his own acts of omission and or commission. It was bandied around that he was more concerned about questions raised about the Petroleum Trust Fund that he chaired under General Abacha than the Human Rights violations that occurred under his tutelage as the Military dictator of Nigeria.

This is in addition to his refusal to explain to the world how 2.8billion dollars disappeared from under his nose when he was Minister of Petroleum in 1978. Up till now, President Buhari has refused to address this matter and obviously he is hiding something. With this kind of dirty linen in his closet, President Buhari has to be pretentious about the war on corruption by insisting that he was going to probe only GEJ administration. It is believed by analysts that if he had to go back to 1966, as suggested by Alhaji Balarabe Musa in his interview in The Sun of July 25, this year, President Buhari might eventually be caught in his own web of half hearted anti-corruption battle. Thus, President Buhari himself is now seen more as an obstacle to the war on corruption than anyone in Nigeria today.

President Buhari's quiet, tacit and tactical approval of Senator Bukola Saraki, an alleged certified Bank robber, as the President of Nigeria's Senate is seen in this context. President Buhari's lackadaisical approach to and seeming disinterest in the confirmed forgery of House Rules to install Senate President Saraki as if it does not matter or of any importance is also viewed in this context. President Buhari would defend his friends with anything including allowing corruption to be the foundation of this Senate? Nigerians are advised not to expect any kind of prosecution as a result of this forgery any time soon, if at all it would ever happen.

There is also alleged lenient disposition of President Buhari to retired Vice Admiral Murtala Nyako who is standing trial for corruption, and whose granting of bail flabbergasted Major Abubakar Umar Kangiwa. It is being alleged that President Buhari would not want Nyako, a fellow military man to go to jail. Meanwhile, Sule Lamido, former governor of Jigawa state and his sons remained behind bars because he was perceived as an antagonist if not an enemy of “deification” of Mohammadu Buhari. Sule Lamido had insisted during the last election that “deification” of Buhari was not only wrong but it was against the teachings of the Quran. He had been a marked man since then.

The above is seen by observers and analysts as an exudation of fundamental of Buhari character which is vindictiveness. President Buhari's propensity for vendetta against real and perceived enemies and or detractors has often made even those who are legitimately guilty of corruption look like they are being persecuted. Rather than for the objective observers to see prosecution for crimes of corruption committed, they are seeing persecution of these corrupt elements for their opposition or dislike for Buhari and his ways of governance. The clumsy manner of the recent handling of Sambo Dasuki, former security adviser to President Jonathan is being cited as examples of this kind of vendetta. Also, the arrest of the CSO to the former president is seen in the same light by analysts.

The belief is now being shared by many that President Buhari's insistence on probing only the GEJ administration shows he (Buhari) is scared and afraid of his own shadow. He is now perceived as not having the courage to really go to the bottom of the issue that is of utmost concern to Nigerians which is corruption. It is not just because he does not want to step on toes of some powerful enemies of Nigeria, but he did not want anything that would expose him as having deceived Nigerians about his much touted probity and integrity which could and would not stand the test of rigorous scrutiny if he should probe beyond the immediate past administration.

The refusal of President Buhari to disclose to Nigerians how he plans to pay the 25 million naira loan that he borrowed to pay for his presidential application form as a candidate is one of the reasons he has remained as an obstacle to the war on corruption. He has engaged in foxy approach to this war on corruption. Nigerians could not get a straight talk from him. He is speaking from both sides of his mouth. He is tolerating corrupt elements all over. He seems to have been compromised by his own past and his own friends. He is fast losing credibility. President Buhari has become a major obstacle to the war on corruption. Nigerians once again have been hoodwinked!