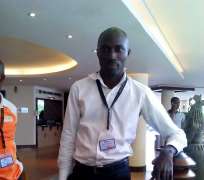 In my article, THE NEEDLESS CRISIS IN BURUNDI, I have argued for the importance of effective early warnings in the management and prevention of avoidable conflicts in African countries. In the said article, I also argued that conflicts don’t just manifest in their elaborate forms, there were early warnings which were largely ignored by those who should know better. Little things we hitherto take for granted might often turn out to be the most decisive. This is why early warnings must always be taken seriously, if not for anything, to minimise the effects of needless conflicts.

Permit me to quickly quote the great Prussian strategist, Carl von Clausewitz, in his classic, On War where he said, “Everything in war is very simple, but the simplest thing is difficult.” Invariably, the simplest things or warnings unheeded to, more often than not turn out to be the fatal!

Let me quickly bring in the pirate radio station, Radio Biafra at this point. The station, I am told have been broadcasting for about three years now with few people taking it serious. Its sponsors must be aware that the project is a journey to nowhere in particular. Its financers might as well be those who are in need of political patronageor to say the obvious, attention-seekers.

It was only recently that the radio station began to enjoy its “popularity boom”. Why? In its series of attacks against the “president of zoo” or “the Occupational Nigerian government”, the station in one of its programmes have accused President MuhammaduBuhari of making “anti-Igbo comments” on BBC Hausa Service. The statement from the radio’s patrons should have been treated as insignificant, but the Presidency out of tact bothered to respond to a station that is supposed to be non-existent. The Buhari government went ahead to publicly announce the “jamming” of radio’s signals. While I am for the liquidation of the notorious radio, I had expected the government would have been more strategic in its systemic annihilation of the pirate radio station.

The danger portends by this radio station can be likened to the station formed by Hutu extremists in Rwanda, Radio Television Libre de Millie Collines (RTLM) which was formed mainly to broadcast messages of hate, racist propaganda, obscene jokes and music to “spore Hutus to action of flushing out he cockroaches(Tutsis)”. For those who do not know about the Rwandan genocide, this notorious radio station was perhaps the most influential in the systematic extermination of the Tutsis. This, to me, is what Radio Biafra is trying to achieve giving its main operator’s recent boast of training militias in fire arms “to counter the Occupational Government of Nigeria”. To be forewarned is to be fore harmed!

Still staying in East Africa, two countries that share historical affinity are Burundi and Rwanda. Both countries have gone through needless bloody wars having their own fair share of ethnic conflicts. Recently, violence erupted in Burundi as a result of President Pierre Nkurunziza’s decision to run for a third term in office in violation of the Burundian constitution. At some points, there were rumours of Military coup in that country. The president made good his threat to run, in a poll largely boycotted by the opposition. Analysts, including me, fear that the violence witnessed in recent times since the President’s declaration for the illegal third termmay continue.

Rwandan President Paul Kagame’s supporters have urged his to amend Article 101 of the Rwandan Constitution to seek a third term in office. It is yet to be seen what becomes of both post-conflict societies after these, but political risk analysts are unanimous in their views that both ambitions portends danger and possibilities of renewed conflicts in the East African countries. The East African region is known for its volatility, considering the ease and speed at which conflicts spread. This is why the African Union in particular, and the United Nations must do just more than condemning the election as “not credible”, they must act now, as the signs are ominous. Innocent lives have been to cheer ambitions of few individuals already; losing more will just be too much!

I have cited these to show that despite the recent Nigerian presidential election, incumbency still play a critical role in African democracy. The Laurent Gbagbo’s experience in Ivory Cost 2011/12, Robert Mugabe’s 2008 and the likes still reminds us of the fact that incumbency is still a political risk factor in African democracy.

Even the much-celebrated 2015 Nigerian presidential election, crises was largely averted with former President Goodluck Jonathan quickly accepting defeats. There are strong indications of plans to foment trouble; in some parts of the country should the election go another way. The quick interventions from top Western nations might have prevented much bloodshed in the aftermath of the Nigerian presidential election.

This is why I am using this same medium to appeal to Western nations to consider putting the same pressure they put on former Nigerian President Jonathan on the Nkurunziza and Kagame to drop their toga of pride and personal ambitions and embrace peace.

In both Burundi and Rwanda, opposition appear non-existent as a result of harassments, intimidation, or in some cases outright murder. About 200,000 people have fled both countries to neighbouring Congo, Tanzania, and Kenya. The media remains under permanent banning with the African Public Radio been shut by the Nkurunziza government for political reasons. All these have even made the opposition weaker.

The experience of the 1993 Civil War in Burundi and the 1994 Genocide in Rwanda are still with us. The latter was what United States’ President Bill Clinton called his worst failure over his administration’s failure to intervene to at least prevent the genocide. We have a chance to correct that especially now that the warnings are clear!