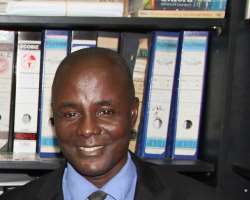 A few hours after the Chairman of the Independent National Electoral Commission (INEC), Prof Attahiru Jega, told Nigerians that General Muhammadu Buhari of the All Progressive Congress (APC) has won the March 28, 2015 Presidential Elections, a former head of state, General Olusegun Obasanjo, released his congratulatory letter to Buhari. In it, he told Buhari, among other things, to rid “our land of corruption”

“With so much harm already done to many national institutions including the military, which proudly nurtured you and me, you will have a lot to do on institution reform, education, healthcare, economy, security, infrastructure, power, youth employment, agribusiness, oil and gas, external affairs, cohesiveness of our nation and ridding our land of corruption,” Obasanjo wrote in the six-paragraph letter.

It was the season of victory celebrations and hastening to identify with victors, so, such outpour of sentiments were not unexpected, even from very suspicious and grossly unqualified quarters. We live in a country of pathetic denialists, where the citizens are in such a hurry to forget and the media finds the ennobling task of asking deep questions and reminding us of even our most recent past a very tiresome and undesirable task.

And so, in such a country, persons like Obasanjo who deployed enormous zeal and determination to wreak unqualified damage to their country can afford to rewrite recent history and brazenly crown and advertise themselves as heroes and patriots. And our largely pathetic media would eagerly join, if not lead, the celebration of this unsightly dance in the slimy pond of egregious hypocrisy and mediocrity.

Former American president, George W. Bush left office largely uncelebrated. Several Americans think that he led them into a needless and very costly war in Iraq. He left office with the economy in tatters and his country’s esteem abroad grossly diminished. And since then, he had tried as much as possible to be humbly quiet. After some years, he published his memoir which he entitled, Decision Points, not to judge and cast aspersions on others better than himself (like they do in Nigeria), or to sermonize on good governance and improvement of America’s global reputation – the two areas in which Americans consider him a colossal failure.

He simply tried to humbly explain some of the key decisions he took as American president and the motives that inspired them. Although his Secretary of State, Ms. Condoleezza Rice, continues to believe that their decision to go to Iraq was such a noble one, Mr. Bush has openly admitted (and regretted) that Iraq remains a dark sport in his administration’s record.

Now virtually every American can explain how the Bush family acquired the wealth they have long been associated with in Texas. Yet, Mr. Bush (jnr) would continue to have his head bowed in America for a very long time to come, because each time he dared to open his mouth so recklessly, the American media would remind him of his inglorious tenure as president and drum it home to him that he had a very good opportunity to make America better and greater than he found it, but he wantonly squandered it.

But in Nigeria we have an Obasanjo who, no matter from what angle you consider him, ably qualifies as a failed leader. Under his tenure, elections degenerated from massive rigging to no elections at all – they simply announced “winners” after each charade.

During what can best be described as Obasanjo’s “years of the locusts” as Nigeria’s president (1999 – 2007), virtually every prized institution in Nigeria collapsed. Corruption became so institutionalized and commonplace (some called it “free and fair” or “open and transparent”) that it was even rumoured that government departments bribed each other to secure cooperation from one another in normal procedures and operations that required collaborative efforts.

We heard of ministerial nominees claiming they were advised to grease the palms of powerful senators to smoothen their way through the confirmation process.

Insecurity became such an issue that even a state governor was abducted from his office and taken to an unknown location by characters that openly hobnobbed with and were empowered by the presidency. So enraged was Nigeria’s literary legend, Chinua Achebe, at this gross devaluation of the country that he wrote Obasanjo to say that Nigeria under his watch was “too dangerous for silence.”

When Obasanjo came out of prison in 1998, it was public knowledge (which also worked in his favour at that time) that he was in serious lack, practically a poor man. Whatever he had accumulated before going to prison had, reportedly, gone down the drain. Now how can anyone explain the sudden transformation of this same man into an incredibly wealthy billionaire between 1999 and today, after serving as Nigeria’s president?

After Obasanjo left office, the Economic and Financial Crimes Commission (EFCC) swung into action arresting some governors and staging some uninspiring drama with their arraignment which was beamed into our homes via television screens. But while this lasted, the joke out there was that while the commission was at one side of town “fighting corruption,” Obasanjo was at the other end neatly arranging his billions, expanding his business empire, and consolidating his wealthy dynasty.

Obasanjo single-handedly ran the Petroleum Ministry for eight years, yet, till date, no one can claim to have seen a copy of any comprehensive audit report of the Nigerian National Petroleum Corporation (NNPC) – that enclave of corruption – by an independent firm since 1999. The whole thing was run like a family business.

Again, a former Auditor-General of the Federation, Mr. Azie, was hurriedly sacked for daring to produce a damning report detailing the mind-blowing corruption and financial rascality that thrived in the Obasanjo regime.

What of the famous Petroleum Technology Development Fund (PTDF) scandal which threw up shocking revelations about how mindless profligacy and abuse of office were given a most vulgar and repelling definition – how huge sums of money was frivolously withdrawn to either buy exquisite cars for “women friends” or finance countless affairs that were totally outside the PTDF mandate.

How much did the Tenure Elongation madness (otherwise known as the Third Term Project) which was attempted during the autumnal stage of the Obasanjo regime consume? How much was expended to perennially destabilize and effect the various changes in the leadership of the National Assembly in order to install stooges that helped turn the national assembly into an appendage of the Presidency? Does anyone still remember the N10 billion belonging to the long-suffering people of Jigawa State reportedly "donated" by their former Governor, Mr. Saminu Turaki, to Obasanjo’s Self Perpetuation Project?

Okay, Obasanjo has called on Gen Buhari to rid our country of corruption. That was a wonderful move. Even before now, he has severally condemned corruption in public institutions and among public officers. But given the overwhelming stench still oozing from these hideous corruption cases that flourished under his watch, what kind of corruption can anyone claim to fight in Nigeria without having these ones on top of his list?

Or is Obasanjo and his privileged mob enjoying perpetual immunity from investigation and prosecution? How can those who sit on mysterious wealth in a country inhabited by rational human beings be allowed to gradually turn themselves into moral megaphones who occasionally sermonize on corruption and the moral disabilities of others? Is that how to become the conscience of one’s country as our media, opinion moulders and even some civil society organisations would have us to believe?

In late 2007, Daily Independent reported that an NGO, Coalition Against Corrupt Leaders (CACOL), had sent a petition to the EFCC voicing the general feeling among Nigerians that there was no way Obasanjo’s massive investments could have been financed by his legitimate income.

“We are aware that the annual salary of Nigeria’s President is not up to N38 million. But even if [Obasanjo] earned N60 million per annum for seventy years, he would not have up to N5 billion. But [he] is currently worth about N70 billion by our conservative estimate,” the group asserted.

It also called for a probe of the “several billions of Naira pumped into the power sector” and the “allegations that Obasanjo overshot the budget of ministries, departments and agencies (MDAs) as stated in the report on Budget Performance issued by the House of Representatives in 2005.”

And while all these were yet to be scratched, the Siemens bribery scandal exploded on our faces and to the best of my knowledge, none of the Obasanjo ministers implicated in the sleaze has expressed any surprise that his name made the list.

As long as Obasanjo is made to look like a pacesetter in any anti-corruption effort, so long will such an eandeavour be discredited before those who still retain some bit of decency and scruples in a country like Nigeria where bad models are continually celebrated and decorated with the robe of saints.

*Ugochukwu Ejinkeonye, a widely published Nigerian journalist and public intellectual, is a Tuesday columnist with Daily Independent newspaper. Several of his articles can also be found on his blog: www.ugowrite.blogspot.com; He could be reached with: [email protected]; twitter: @ugowrite

Disclaimer: "The views/contents expressed in this article are the sole responsibility of the author(s) and do not necessarily reflect those of The Nigerian Voice. The Nigerian Voice will not be responsible or liable for any inaccurate or incorrect statements contained in this article."
Articles by Ugoochukwu Ejinkeonye
18-1-2021  Reinhard Bonnke’s Exemplary Ministry6-9-2018  Nigeria: The Bigger Picture In Ekiti Governorship Contest10-5-2017  Chinua Achebe’s Unrelenting Feminist Critics21-11-2016  Nigeria: Gov Ugwuanyi And Enugu State Workers29-1-2016  Is There Anything Like ‘honest Politician’ In Nigeria?More...