Zee-Zee: The rise and rise of Jinsi queen 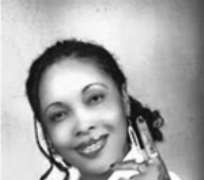 Prior to the controversial video clip by Maryam Hiyana, the Kannywood industry and the State censorship board have been slugging it out with neither of the two willing to concede to the other.

As it is, the Board is making sure that its rules are strictly adhered to, while the artistes are simply doing what they term as 'tradition' outside the state.

Indications revealed that the actions being handled by KSCB's Malam Abubakar Rabo, its chairman, is said to have caused so many setback to the Kannywood industry.

However, Kannywood artistes have not allowed the activities of the Board to distract their productions.

Adam Zango was convicted some months back because of his album, Bahaushiya. But at the time he was freed, he left for Kaduna, where he started afresh and hoping to achieve big by acting like Kennis musicians.

Sani Musa Danja and his colleague Yakubu Muhammad did a new English album with name 'Bolanle'. The album described the type of people they are. Danja and Yakubu's effort is now been recognised by all viewers as an effective group who learnt from different angles.

Ali Nuhu, the Kannywood best and prominent artiste has for long been featuring in Nollywood films. Having gotten the link, he is now highly respected among his colleagues.

He said whenever someone is producing, directing or acting an English stuff in the north, he or she is seen as a celebrity. “When it comes to music, everyone has his style and purposes. Just as one has fingers to pick things up and a nose to perceive, artistes also have different focus and functions in the industry.”

Ali's views about people listening to music is quite interesting. He noted that music is of different kinds, because some love sober songs and will be fine with a rhythm that suits them without paying attention to the lyrics, while the others are moved by the message in the lyrics.

He also speaks of Ummi Zee Zee as an upcoming talent that needs to be admired. “Jinsi supposed to be the first film in which Ummi Zee Zee displayed her total talent. It was the first time she got into action, but in Kannywood industry no actress has achieved that feat of hitting the point at the beginning.”

Industry watchers observed that despite the few months quarrel over Ummi Zee Zee's affair with Bayelsa-born singer, Timaya, with Addullahi Adamu, the man who was supposed to marry her, many people commented on the issue with different perspectives.

Zee Zee's problem began as a misunderstanding between her and a former fiancee, Abdullahi Adamu, who declared war on her because she refused to get married to him.

Unlike Kannywood actresses, Ummi came from a wealthy family. She grew up in a lovely and caring home. When she went to her father with the idea of acting, she made it clear that the only thing she wanted is go into acting. She however, thanked her dad for his deeds and care.

Presently, Zee Zee is on the move with her latest album, 'Your Own'. The album has one of the most anticipated songs, Janglover. She featured Danny Young, Mymee, Oso Sensie, Jonah Da Monarch, Weatherman, 2solo, Malam Mugu and Rah.

I like the way you dey dance Madam O,

Do am just like Janglover, O this baby, o you too dey dance O.”

In the album cover, Ummi Zee Zee excludes Kano among her marketing exhibition due to Malam Rabo's censorship board. 'Your own' could be rated as no. 1 hit that tells all about northern rising stars.