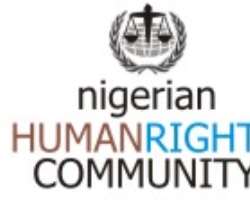 On behalf of the members of the Nigerian Human Rights Community (NHRC), a coalition of 135 civil society groups spread across Nigeria, we rise up to add our voice to the campaigns for peace and religious freedom in our homeland. We observe with grave concern the recent discovery of a bomb in the premises of the Evangelical Church of West Africa (ECWA) in Jos.

If the bomb had exploded, hundreds of Christians would have died, thereby compounding the security situation in Nigeria. In Borno State a few weeks ago, terrorist groups also attacked a branch of the Redeemed Christian Church Of God (RCCG), causing scores of deaths. In Monguno, Borno on June 16th this year, 63 people were killed when a terrorist group set up explosions. On Tuesday July 7th this year, the Sabon Gari Secretariat in Zaria, Kaduna was attacked with bombs and 40 people died.

Consequently, after a thorough reflection on the spate of terrorist attacks in Nigeria, one is bound to conclude that concerted efforts should be made by international institutions, governments and corporate institutions to work with the Nigerian government to be able to stem the ugly trend. We wish to observe some flaws in the case involving a building of The Synagogue, Church Of All Nations (SCOAN) in Lagos which collapsed, leading to the death of 80 South Africans, 22 Nigerians, 2 Beninoise and 2 Togolese. This is a very sad and pathetic incident.

Given the controversy surrounding the investigations of the collapse of the building, it is our opinion that the Lagos State government and the Federal government needs assistance for a thorough and dispassionate investigation into the incident. It is on this basis that we call on the United Nations (UN) Human Rights Commission to be involved in the probe of the collapsed building at The SCOAN. The recent verdict of the Lagos Magistrate Court seems, to us, not to reflect the deep reality on the ground. It falls short of global expectations. It undermines global standards and raises serious questions about the capacity of the Nigerian government to deal scientifically with issues that demand a coroner's inquest.

The findings failed in its bid to explore a critical area of the probe by failing to explore international forensic expertise. We are of the opinion that scientific evidence is crucial to establishing the veracity of claims and this often takes several months, given the lack of available modern laboratories in Nigeria which could easily lead to flawed conclusions. We use this medium to call on the United Nations Human Rights Commission to compel the Nigerian government to ensure full investigation into the matter, so as to establish what was the cause of the collapsed building beyond the claims that the building fell on its own.

The NHRC seeks full investigation by the United Nations. The full investigation will unearth the facts behind the explosion that saw the death of 116 people. The findings of the Lagos coroner's inquest, to us, fall short of public expectations. The NHRC believes that there are new evidences that link the collapse of the building to terrorism. By the threats earlier sent to the church and the way and manner the building collapsed, it suggests that the Islamic extremists may have attacked the building due to Nigeria's war against Boko Haram which found a new wave of support from South Africa.

The building was attacked a few days after a deal for the support of the fight against Boko Haram was struck with a private company in South Africa by the Nigerian government. The international organisations should find out if the terrorists may have singled out South Africans for target. They should find out if the attackers may have taken time to plan, waiting for the time the South Africans were visiting The SCOAN in large numbers. Eighty percent of those who died in the collapsed building were South Africans. Was this a revenge attack by terrorists?

The court should do a thorough job. All evidences should have been admitted, including that of forensic experts from across the world. A hurried, short investigation will put the future of Nigerians at peril. There should be deep consideration for circumstantial facts and evidence. With the outcome of the coroner's inquest, it is now certain that the Nigerian investigative capacity needs an overhaul. The investigation was not thorough. There were no evidences from forensic experts who should have taken scientific information from the rubble of the collapsed building for laboratory analysis. The forensic experts should further be invited to examine the particles found at the site of the building if indeed there were materials related to an explosion.

This will remove the growing suspicion that there is a conscious attempt to blackmail the church and its operators and that there is a preconceived notion, aimed at putting the church down which may have beclouded critical examination of the facts before the court.