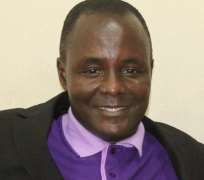 The recent N400 billion bailout approved for the states by President Muhammadu Buhari to offset the backlog of salary owed to civil servants would certainly bring immense relief to the affected workers and their families. It is difficult to imagine how these Nigerians were able to survive the trauma and pain of existing for several months without salaries, especially, when one considers that even when these salaries were paid regularly and as at when due, they were hardly enough to solve even the basic needs of these public servants. In some cases, we have husbands and wives as state employees, and one is sincerely scared of imagining how life has been for them and their children these past few months.

One hopes that as this money is released, the story we would hear from all the states is that these hapless Nigerians have been paid ALL the arrears of salary owed them to enable them see the extent they would go to sort out their horribly battered existence – lives that have been heartlessly messed up by the gross irresponsibility and unspeakable callousness that now constitute the enduring character of governance in this part of the world.

Considering that we have just emerged from an election in which many state governors were squandering money as if all they did to get loads of it was just to walk to their backyards and pluck them from some trees that generously grew them, Nigerians deserve to know the exact reasons why these governors were unable to pay salaries.

In a place like Osun State , for instance, state workers were heartlessly owed salaries for about seven months. The state governor, Mr. Rauf Aregbesola, who recently won a second term in a bitterly contested (and obviously unimaginably expensive) election and who also may have equally contributed his own quota to achieve the “change” that now exists in Aso Rock must be compelled to tell Nigerians how his state achieved such an unimaginable descent.

Why would a human being with a heart and blood running in his veins loudly advertise such unspeakable heartlessness by subjecting his fellow human beings to such horrendous trauma? Indeed, journalists and rights activists must thoroughly investigate Osun State and let us know if there were people among Osun workers that were unable to survive Aregbesola’s seven months of terror. He must be held personally responsible and compelled to pay compensation to their families. This would equally apply to those unpaid workers who had lost children because they were unable to send them to the hospital when they took ill. Human Rights lawyers in the state should assist these victims of state terror to organize and institute a class suit against the Osun governor to demand compensation for the grievous harm done to them, to serve as deterrent to other governors.

For too long, our governors have always got away with anything they elect to do, no matter how hideous, leaving the citizenry to bear alone the pain and anguish of their failure of character and leadership. We also want to know whether during these seven harrowing months, Aregbesola’s own salaries and allowances were duly paid or that he was in any way getting money or any form of support from the state to keep his beard luxuriant and ensure that his family continued to wallow in the same dose of excessive luxury that egregiously distinguishes elected public officers in this clime.

President Buhari must be wary of behaving as if the money he just doled out came from his pocket. The N413.7 billion belongs to Nigerians, and despite the ongoing war of words between the All Progressive Congress (APC) and the Peoples Democratic Party (PDP) on the exact source of the money, Nigerians deserve to know what exactly happened in the states that hampered their ability to pay salaries despite the allocations that flowed to them monthly from the Federation Account, and why some governors should not take adequate responsibility for the boundless financial recklessness and prodigality that obviously plunged their states into such humongous mess? Even some of them that handed over to themselves (by virtue of winning their reelections) and those whose tenures were yet to elapse, had also joined their colleagues to chant the exasperating chorus that they met empty treasuries when they reported for duty after the May 29 inaugurations of new administrations across the country. So, who then emptied the state treasuries?

Indeed, if no governor is made to account for what happened in the states at this time, then all the claims by this regime that it came to “block leakages and enthrone accountability” should be seen for what they truly are: shameless, puerile lies. In fact, there is no “change” anywhere. Indeed, the APC, like someone said recently is just the PDP with a broom! What Buhari has done, therefore, was to merely use the money that could have been judiciously deployed to make a difference in the lives of longsuffering Nigerians to reward mindless profligacy flourishing in the states.

It is most painful that while workers writhed in the excruciating pain of unpaid salaries, the governors still lived large, squandering public funds as if they were going out of fashion. While other governors further drained the purse of their states by acquiring or hiring and hopping about in private jets, Aregbesola opted for the “modest” option of buying himself a helicopter in a state where workers were in grievous pain due to seven months unpaid salaries.

It is not as if these governors did not have such models like former Gov Peter Obi of Anambra State who saw being a governor as just an opportunity to render sterling service to the people to learn from. At a time, Obi was almost the only governor one could meet queuing at airports to board an aircraft like any other passenger (and he mostly flew economy class) while his colleagues, some of whom would not have qualified to serve as his P.A. in any of his companies before they became governors hopped about in private jets and wallowed in unspeakable profligacy. No wonder, instead of bequeathing months of unpaid salaries and huge debts to his successor, Obi, reportedly, left him about N74billion in money and investments.

I think that Buhari, the APC and PDP should in the interest of the country transcend party lines and occasionally collaborate to convoke special reorientation sessions for the governors and other public officers, and bring the likes of Peter Obi to lecture them on the right mind to adopt as public officers and judicious management of resources. Maybe, this will begin the process of purging our governors and other elected officials of their largely prodigal and profligate propensities and imbue them with the capacity to duly appreciate the strategic and sacred nature of the jobs they have been called upon (and lavishly paid) to execute for the good of the country and its people. Perhaps, then they would begin to appreciate that their assignment requires gravity of mind and not an opportunity to loudly advertise unparalleled light-mindedness and light-fingeredness.

**Ugochukwu Ejinkeonye, a widely published Nigerian journalist and public intellectual, is a Tuesday columnist with Daily Independent newspaper. Several of his articles can also be found on his blog: www.ugowrite.blogspot.com; He could be reached with: [email protected]; twitter: @ugowrite