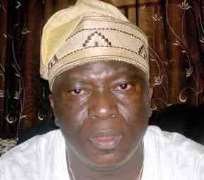 What are your chances among the 15 candidates aspiring to secure the Peoples Democratic Party's ticket for the Osun State Governorship Election in 2011?

I have a vision and mission encapsulated in my manifesto, which I think is developmental. What Nigeria needs are men and women of integrity, vision and commitment. Chief Obafemi Awolowo was an example of a visionary and committed leader. Integrity is another vital component that should be strengthened in our political life. Public officers should possess integrity and honour. The way we can do this is by re-inventing our value system. Let there be dignity in labour. Qualitative employment should be provided for the masses. Electricity should be functional and other social infrastructure like roads, hospitals, schools and water should be commonplace. Government should not pay lip service to sustainable development. We can achieve all these in Osun if I'm elected as governor next year.

Also, I'm a graduate of Economics of the then University of Ife, now Obafemi Awolowo University, Ile-Ife. Upon graduation, I joined Peat Marwick, Ani and Ogunde firm of chartered accountants. My experience as a chartered accountant imbued me with a high sense of integrity, service and commitment. I was appointed a member of WEMA Bank board. I was on the board till 1998. I think I am qualified to lead Osun in 2011.

What's in this your manifesto?
I have a blueprint which I have christened 'Rapid Economic Development of Osun.' To provide massive employment in the state, I hope to invest extensively in agriculture. Osun is blessed with arable soil and good climate and I wish to explore that to the tilt. Through investment in agric, we will process raw materials thereof to exportation level. This will stem rural-urban migration and there would be income for low income, medium and high income earners. This will, in turn, increase the internally generated revenue of the state and Osun will have enough resources to develop. I will tackle power problem because it is major and crucial in development mix. I will invest in independent power project as a source of improving power generation.

Would you support the clamour if you become Osun governor, for the return of missionary schools to their original owners?

Yes, I will, if it will improve the standard of education in the state. I hope to consult widely over this issue in order to come up with the best position for the state. What my government will seek is the good of the whole at all times.

What's your view on the dwindling infrastructure in the education sector?

The problem of dwindling infrastructure in education sector is a national problem. Aside from the need by government to invest massively in the sector, I think the private sector should be brought in to invest, too. If we have more private primary, secondary and tertiary schools, quality would be restored into the system.

Do you share the view that public office aspirants in the state should participate in public debates?

Yes, I do. I'm in support of public debate for all aspirants seeking elective posts. I'm also in support of oral and written tests. A public debate will show the people who among the aspirants, knows his or her onions. You can't govern the state if you don't know what the people want. You don't aspire to become governor because of the allure of the office; you aspire to become governor because of the change you can bring to the electorate.

As the Deputy Chairman, House of Representatives Committee on the Ministry of Niger Delta, what's your view on the situation in the region?

The Ministry of Niger Delta was established to address the infrastructure imbalance in the system. This is reflected in the 2009 and 2010 budgets in which you have the Federal Government consciously addressing the perceived infrastructural imbalance in the region. The Niger Delta is the goose that lays the golden eggs and it should be protected. The amnesty (proclaimed) by the government (for the former militants) is a step in the right direction because it has curbed restiveness in the area and rekindled hope of security.