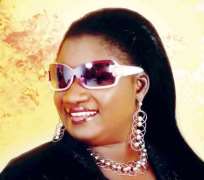 Yemi Ajide Olayinka
Only few people would claim not to have listened to Yemi Ajide's voice on the radio. In case they have forgotten, she used to anchor the popular Gbenga Adeboye Show on Radio Lagos every Thursday. Seven years after the ace comedian passed on, it is a wonder that she has not thrown in the towel yet, in spite of the loss and the emotional pain that she suffered as a result of his demise.

Apart from that, Adije seems to have won the hearts of her audience with the way she handles the entertainment programme titled 'Eyi Ara' on Saturdays. Quite a busy bee and a versatile one at that, she also anchors 'Yem Kem Half Hour' and 'Century Half Hour', both of which are broadcast on MITV and Lagos Television, respectively, on Sundays.

In a chat with Saturday Punch, she revealed that broadcasting had always been her passion from childhood. She recounted how her love for broadcasting had guided her to the Nigeria Institute of Journalism where she honed her skills in preparation for the fulfilment of her childhood dream. Her face was flush with excitement as she recalled her days at the institute.

While on industrial attachment with the Lagos Television, fate had brought her in contact with her idol, Gbenga Adeboye, whom she had longed to meet because of his creative programmes on radio and on the music scene.

She said, 'It was during my IT with Lagos Television that I met Gbenga Adeboye. I got involved in independent productions through him. I went to NIJ to become a broadcaster, on television, that is. But God had another plan for me. I met Gbenga Adeboye and instead of going into mainstream broadcasting, I went into independent productions. We worked together for years. I started with jingles and singing sound tracks. Then I worked with him on his programme before his death. It was after his death that I started my own programme.'

Ajide told our correspondent that she worked with the late Funwontan star from 1999 to 2003. 'I was with him before he died and after his death. I am still with him. I am still the anchor of his programme seven years after his death,' she said.

She described the late Adeboye, believed in entertainment circles to have contributed a great deal to the growth of the industry, as a genius and a very nice and brilliant man who loved to help other people in need. 'Sometimes when people ask me to talk about Gbenga Adeboye, I really don't know how to begin because he meant so much to me when he was alive. He was always ready to put you right whenever you were wrong. I am part of Adeboye's family, even though I am not his blood relation. In our own way, we are trying to sustain his memory. That is why we still have his programme on air and we still keep his office running. We are doing everything for people to know that Gbenga Adeboye still lives. Even in my album, 'Ebun Igbeyawo', which I have just recorded, I paid tribute to him. Ebun Igbeyawo came out on Olugbenga Adeboye Limited. The programme we are doing, we are not really doing it for the fun of it. It is not that convenient for us now that the owner is no more. It is very difficult to sustain. But because Gbenga Adeboye was nice to all of us and he made an impact on our lives, we believe we owe him so much. That is what we are doing.

Also describing the disciplinarian in Gbenga Adeboye, especially in matters related to the women folk, Ajide continued, 'To work with Gbenga Adeboye and be with him for many years without having any problem, you must be a very good person. You must be somebody who is very resourceful and quite knowledgeable. You study Gbenga Adeboye everyday. Many people had come and gone before I met Gbenga Adeboye. In fact, I had heard a lot about him before I met him. You know in entertainment industry, people talk about all manner of things about themselves. But when I met him, I used to admire him as a great personality.

'When I met him eventually, I knew another aspect of his life that some people don't even know. He was a very strict human being. I really suffered, because if you wanted to work with him, he would make sure that that talent in you is not wasted. And if you were not ready to work according to his own work plan, then you were on your way out. You have to be very disciplined and hardworking. He didn't joke with his work. He didn't joke with his programmes. Even if you were in the studio with him, he was another person entirely. So, for me to work with him for many years, it was God.

'Gbenga Adeboye was a very strict person to work with. And I think that has really helped me, because he would tell you without your script, you could not be in the studio with him. I am a very good script writer, thanks to Gbenga Adeboye. Adeboye could be in his room all day reading and making research. Anything he said on air, it was written in his script. He would never say anything on air without writing it in his script, and that is one thing I learnt from him. That is what Gbenga Adeboye taught me. He didn't mix pleasure with his work. During my wedding, he was the chairman and was all over the place.'

She confessed that when Adeboye died, she had thought it was the end of the world. She had felt the loss even deeper when some people started insinuating that she would not be able to cope in his absence. As a result, as if to affirm the insinuations, she suffered a crisis of self-confidence until her husband intervened.

'It was my husband that really woke me up and said, 'Come on, if you want Gbenga Adeboye to be happy with you wherever he is, you have to pick up the pieces of your life. Don't let people laugh at you. Show them that you are capable of doing something, even with his death'. That is why I said my husband is my backbone. Even though I eventually started my own programmes, I am emotionally attached to Gbenga Adeboye's programme because it was the programme that launched me into independent broadcasting,' she said.

Broadcasting, she said, is very challenging for the average Nigerian woman. In her own case, she was lucky to find a soul mate in her husband whom she described as her friend, confidant and business partner. For her, it is not necessarily imperative as a broadcaster to get married to a fellow broadcaster. She said, however, that it was better to get married to someone who understood what he or she did for a living.

Ajide described independent broadcasting as rewarding but very tough. In the same breath, she disclosed that it took quite a while to discover her talent as a singer. Today, she finds it interesting to see herself as a musician. She said, 'The singing aspect of me was developed when I met Gbenga Adeboye. He asked me whether I could sing and I told him that I used to sing as a school girl. He said he would try me out and then we went into the studio and that was how I started with him. We did jingles and I was one of his back up singers in all his albums. That was what really brought out the singing aspect of me. When I was doing the movie track, I didn't give it much thought until someone said, 'Come on, why don't you develop it into a full album?'. I said who would buy it? This is because I never saw myself as a singer per se. But surprisingly, I did the songs and in no time the album was ready and we thank God for its encouraging performance. I remember I did the soundtrack years back for a movie by Iya Awero which I built on to make an album.'

As it happened a few years ago when some actors and actresses went into music to make ends meet because of the prevailing lull in the movie industry, did Ajide toe the same line in order to survive or was it because she was broke?

She said, 'I am not broke. I am not rich but I think I am comfortable. I am not doing music for money. I did Ebun Igbeyawo because I believe there is something in me that I know will benefit others. Even the money I spent on Ebun Igbeyawo, some people who have been in the industry were surprised that I could actually spend that much on an album. I tell them that I want to make a statement on the music scene.'