What We Expect After 100 Days In Office 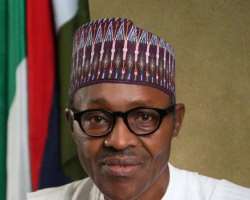 More than thirty days have passed since the President and Governors were sworn-in to their respective positions. Some governors are doing their second term, while seven State governors did not face election this year.

While Nigerians are very patient and optimistic, we hope that we are not taken for granted. Most of the governors are not neophytes, Even our President has ruled before for two years, even though his second coming is as a reformed democrat. Furthermore, having contested four times, we expect that he has plans for the nation.

We expect our elected officials to hit the ground running, whether or not they have appointed a plethora of aides and commissioners/ministers. If an executive decides to be a lone ranger, by failing to choose his Executive council, then he may be subjected to litigation based on flagrant violation of conspicuous provisions of the 1999 Constitution of the Federal Republic of Nigeria, as amended.

Within 100 days in office, we expect the following from our elected officials as indicators that we did not make a mistake by giving them our mandate:

Indicator 1 – A well-defined and working agenda. Within 100 days in office, the populace must see a well-defined agenda. This sounds elementary in a democracy. However, given the lack of distinguishing ideologies among the various political parties, our hope falls on the elected Governor or President to tell us his own agenda. Of course, a seasoned statesman that is ready for the job, would have stated his agenda as his manifesto when contesting for election. In fact, before the party primaries, a true politician should have his manifesto ready so that once he is sworn in, he will begin immediately.

Indicator 2 – A team of qualified techno-politicians that have been tested in their various fields of endeavor. A Governor and the President need commissioners and Ministers, respectively to pilot the affairs of the State or country. Yes, it is usually the Permanent Secretaries that run ministries, however, the commissioners or ministers appointed to serve in a particular ministry must have some track record and knowledge of the area he is appointed into. You probably will not employ a lawyer to head the Ministry of Health. Neither will you employ an artist to head the Ministry of Finance. Nigeria should be moving from nepotism to meritocracy. Those who believe that the recent Presidential election, the elections of the President of the Senate and Speaker of the House of Representatives, mean that godfatherism is dead, are yet to be proven in the affirmative based on some recent appointments, especially at the State levels.

Indicator 3 – Proof of non-sectarian policies. In Nigeria, based on our unique nature as a country of many tribes, we should have a government that does not favor a particular ethnic group or religion. The federal Character as enshrined in the 1999 Constitution, envisages an all-inclusive government. Only someone naïve will postulate that ethnicity or religion is not an important consideration in a country like Nigeria. Delta State, a microcosm of Nigeria, is not left from this requirement. The governor, and even the Speaker of the House, must ensure that the people he appoints reflects the whole State. The media team cannot all be from the same place, nor the make-up of the Special Assistants. Otherwise, the masses will cry foul and feel marginalized.

Indicator 4 – Implemented Policies that affect the lives of the people. At 100 days, the average citizen should be feeling the ubiquitous dividends of democracy in some form. It must trickle down. So, whatever projects the government would have embarked on, should have quantifiable and immediate effects on the lives of the average person. The days of white elephant projects are over. The government do not need to embark on major dualization when there are no roads in many communities, or the roads are not passable. A good government should feel the pulse of the people and cater to their needs.

Indicator 5 – Corruption and leakages. I am bold to say that Nigeria is a rich country. Our treasuries are not empty. We are not a poor country. If we were a poor country, most people will not be killing themselves to get into elective positions. It is just that these “fighting honourable” know that the cake is shared on top. So, they are willing to do anything to get to the high table. They don’t even mind fighting on national television, carrying chairs as weapons and trying to steal the mace. Any current government must today prove that they are transparent and have blocked avenues for leakages. Leakages is just a euphemism for embezzlement, which is the Siamese twins of corruption in the civil service. It does not matter whether you believe civil servants are more corrupt than politicians or vice versa. The point is that ghost workers, inflated contracts and bribery all usually require both parties. Nigerians just want our wealth to be applied for the benefit of everyone. All the recent talk of empty treasury or recovery of our loot, means nothing to the average Nigerian if their lives are not positively affected.

Indicator 6 – Security. The primary responsibility of the government is security. Section 14 (2) of the 1999 Constitution states that “the security and welfare of the people shall be the primary purpose of government.” While we are aware of the Boko Haram menace, there are on-going armed robberies, kidnapping, rape and homicide in all parts of the country.

Indicator 7 – Payment of Salaries and Pensions. I wonder how a country or State can operate without the basic issue of payment of Salaries. Some governors have not paid workers salaries and have even gone to the federal government seeking a bailout. It is atrocious. If a governor within 100 days in office cannot get hold of the salary situation in his state, he should resign or be recalled. A worker is worth his wages. It is the height of insensitivity to expect people with family to survive without payment of salaries for months, while the elected officials are driving luxurious car, obtaining fuel from state fuel dumps, getting impress and the nebulous security votes. It goes without saying that a government that cannot pay salary, is probably not paying pensions to its retirees.

By September 5, 2015 (100 days in office), let us have visible evidence of change and development. The time is ticking.

Rev. Atawa-Akpodiete, a public Affairs Analyst and media consultant, writes from Asaba. Contact him on 08138391661 or [email protected] .