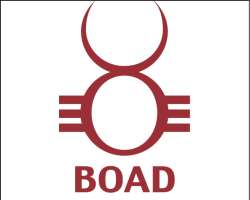 In addition, the agency believes that in spite of a difficult sub-regional environment, BOAD's capitalisation and debt levels are more favourable than those of similar institutions, with an adjusted equity to asset ratio of 40% and a debt to equity ratio of 145.1% at the end of 2014.

Fitch also notes that 64% of loans are granted to or endorsed by the 8 member states. BOAD enjoys preferred creditor status with these states. In the event a state experiences public finance pressures, priority will be given to the repayment of BOAD's loans. As a result, the institution has never suffered a payment default on sovereign loans.

The liquidity risk is well controlled. BOAD's access to the rediscounting facility of the Central Bank of West African States (BCEAO) makes additional funds available to it. The Bank has established policies to control risk-taking. Fitch considers BOAD unlikely to be threatened by a possible devaluation of the CFA franc.

The Fitch rating broadly confirms the rating Moody's gave to BOAD on 15 May 2015. The positive evaluation by these two major agencies validates the sub-regional bank's determination to strengthen its presence on international finance markets. BOAD plans to equip itself to better support the member states of the West African Economic and Monetary Union (WAEMU) in their efforts towards economic emergence. In its 2015-2019 Strategic Plan, BOAD expresses its ambition to be "a solid development bank for economic integration and transformation in West Africa.”