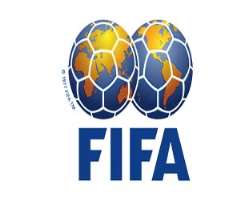 FIFA will postpone the start of bidding for the right to host the 2026 World Cup following the launch of a corruption investigation, a senior official in football's governing body said on Wednesday.

'Due to the situation, I think it's nonsense to start any bidding process for the time being. It will be postponed,' FIFA Secretary General Jerome Valcke told a news conference in the southern Russian city of Samara.

The decision on who hosts the 2026 finals had been due to be made in Kuala Lumpur in 2017.

The FBI are investigating bribery and corruption at FIFA, including scrutiny of how football's governing body awarded World Cup hosting rights to Russia, which won the bidding for 2018, and Qatar, which is due to host the finals in 2022.

Valcke was visiting Samara, one of the host venues, to see how preparations are going for the 2018 finals.

Despite investigations into the bidding process involving Russia and Qatar, Russian Sports Minister Vitaly Mutko said he saw no threat to Moscow's successful bid. He reiterated that it had been in line with the rules, as did Valcke.

As secretary general of FIFA since 2007, and as FIFA President Sepp Blatter's lieutenant, Valcke is seen as one of the most powerful men in world sport.

In an emotional appearance sitting beside Russian officials at the news conference, the Frenchman also issued a new denial of allegations of wrongdoing over $10 million in bank transactions that are under investigation by U.S. authorities.

The funds were transferred in 2008 to another FIFA official, Jack Warner, who was then the president of CONCACAF, which governs football in North and Central America and the Caribbean.

Valcke said there were no grounds to blame him or FIFA over the way the funds - central to the U.S. bribery investigation against FIFA - were used. FIFA has also said he had no role in the payments.

'I really don't understand what is the problem and why I am such a target with this question,' he said, looking exasperated and leaning forward in his chair to make his point.

'I am signing contracts every day … everything has the signature of the secretary general,' he said. '(But) it's not because I am signing everything that I am responsible for the way people are acting all around the world.'

Valcke said he had been fiercely criticised in the media.

'I don't have to justify myself. Except maybe from my father who is 80 years old and doesn't understand what is going on around me. He is the only person I would still answer questions from about this,' he said. -Reuters.