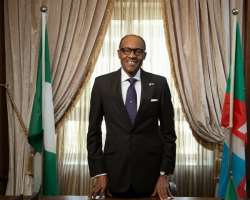 The signs are already ominous; President Buhari and Vice Yemi Osinbajo SAN are trapped between a rock and a hard place. Between the “Foreign Partners,” ala G7 President Buhari chose to thank on inauguration day and the serpentine Senators who he has to navigate through, the odds of successful change in the interest of the commoners who elected Buhari into power this March do not look so good. We need to be candid to ourselves in recognition of the desperate necessity and urgency for change.

We are already witnessing the hawkishness of the Senators who desire to keep wrecking the nation cutting up the largest chunk of its welfare for their domestic upkeep. And the G7, our colonial masters do not have a much more remarkable report of ever working in the true interests of the Nigerian citizenry.

While President Buhari may go slow, feeling he has to bow to and tow the wishes of the cabal, the elite and god-fathers who he may think he owes his triumph to, the truth is that it was us who got rid of Jonathan and got him into office. More than any “foreign partner” and more than any APC god-father, senator or northern, western, southern or eastern elite, it was us social media savvy, disgruntled next-generation youth that did it. Just as we once were misled with many of us electing Jonathan for campaigning he had no shoes, so also did we turn around and give him and his entire coterie the boot, giving Buhari/Osinbajo the chance.

In Nigeria’s electoral uniqueness, a president is given only two years to function before campaigns resume. With almost two weeks gone as we wait for Buharian actions including the sack of NSAs, Army chiefs and the like implicated in terrorism and war crimes, and the decreeing of harsh intolerance for hooliganism at all levels of the Nigerian society including government official, while we know the Presidency recognizes we are really all he has got, we hope he also realises that we are all he needs.

The Power Of Recall
If the Buhari presidency realizes and decides that the revolution we carried out in the past “election,” giving him the mandate was precisely that, a election-coated revolution, he will see that with the bare 1447 days, or half of that, 722, he may not achieve his 30-year long dream unless he protects our institutions and works with us (Not the G7 or Nigerian Cabal and Senators) to condense our powers and promote our full utility of our constitutional authority to reject and retire unprogressive senators.

Many of us do not know our power of recall; that once we so decide and go out to galvanise the signatures of just half of registered voters in the constituency, we can sack any of the malfunctioning officials, for instance some of us may decide tomorrow to collect the necessary signatures in Benue South Senatorial District and sack Senator David Mark and so on for any Senator we decide is calamitous.

A member of the House of Assembly may be recalled as such a member if:

While this may at first glance seem difficult to attain, it is our responsibility and in our interest to share this notice of power to all and sundry. Together with these powers vested in us and teaming up with the president of the Federal Republic of Nigeria, we can bring the change we revolted for and banish the repugnant elected cabal.

It is time for us to recognize and begin to make our moves to protect our revolution. In 1993 we revolted and got rid of the Babangida dictatorship; but not long after our revolution was hijacked and Babangida’s brother by adoption, General Abdulsalami soon restored the same cabal via their PDP party. We must not sleep, but watch, arrange our ammunition and fight with the democratic and civil disobedience tools at our disposal so this time the people’s revolution is not hijacked once again.

It is time for President Buhari to make his choice: G7 and the Elite or G100 million- progressive next generation Nigerians..