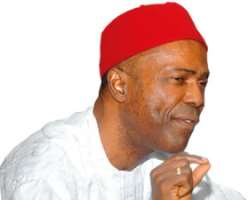 The Ohazara born politician and the former governor of Abia State, Dr. Ogbonnaya Onu will soon be announced as the new Secretary to the Federal Government of Nigeria. The Ebonyi State politician is renowned for his "decency" in all ramification of the word.

Dr Ogbonnanya Onu was the leader of ANPP, one of the political parties that midwived and nurtured APC. He is referred as a clean gentleman in outlook and manners.

A team player, he was selected at his party’s primaries in 1999 as the

He is currently a member of the Board of Trustees, BOT, of the APC and one

party, the Peoples Democratic Party, PDP, in the April 11 general