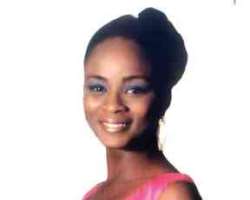 If prayers were horses, Damilare Kuku may not mind wishing that semester holidays come up many times in a session. The memorable use to which she put the one about to end at the Obafemi Awolowo University, Ile-Ife, where she is a final year student of Theatre Arts, could make her think so.

The Ijebu Ode, Ogun State-born but Lagos-bred Kuku participated in a beauty pageant held in Lagos last week as part of the Lagos Black Heritage Festival ending today. Although she ended up fifth, winning a BlackBerry phone and N20,000 cash prize, the totality of the experience at the pageant has reshaped the way she looks at the future.

The pageant saw the winner, Tobi Banjoko cruise home with a brand new car and a cash prize of N2.5m, provided by Ecobank, which partnered with the carnival.

'I was at school when I got information that the beauty contest was going to come up,' Kuku says. 'So, I went on net to see the details of the pageant.'

She joined the train at the second level of screening. After a series of quiz, much of which, according to her, bordered on the contestants' knowledge of Lagos, she got onto the short list of 22, and eventually to the final stage. She represented Ikeja at the competition, where the other 11 stood for other major areas such as Shomolu, Mushin and Lagos Island.

Kuku gleefully relives her experience at the Eko Hotel, Victoria Island where the contestants were camped. With all of them being such beautiful young birds, did they suffer any form of pressure or harassment?

'Not at all, at least to the best of my knowledge.' She notes. 'In fact, contrary to what some people have said about some of the beauty pageants, there was no case of any judge demanding anything to favour anyone. Instead, the organisers took adequate care of us in terms of feeding and every other thing required.'

One other thing that thrills her is that all the attires used for the contest, as supplied by the organisers, automatically became hers.

'I particularly like the nightie,' she twitters.
At OAU, she has participated in a number of productions, among which is Femi Osofisan's Morountodun, in which she played the role of Moremi. She also featured in Chams Plc-sponsored adaptation of D.O. Fagunwa's Ireke Onibudo, playing the role of Ifepade.

According to her, however, the experience has emboldened her to organise a similar project in the nearest future.

Meanwhile, the management of Ecobank institution has said that it identified with the carnival as part of its social responsibility to promote the growth of African culture.