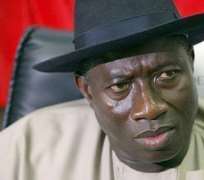 The Federal Government has approved the establishment of two specialised universities, President Goodluck Jonathan has said.

Speaking at the 31st convocation of the Bayero University, Kano on Saturday, Jonathan said the universities were the Marine University and the Federal University of Health Sciences.

Jonathan, who was represented by the Executive Secretary of the National Universities Commission (NUC), Prof. Julius Okoje, said the decision was borne out of the government's desire to give more students with the requisite qualifications the opportunity to access quality education.

He said that in spite of the numerous challenges, the Federal Government would continue to support the education sector to empower the youth.

'Let me reiterate that university education worldwide is the bedrock of national development and integration.

'In terms of access, we have continued to create room for large number of qualified candidates seeking admission into universities,' he said.