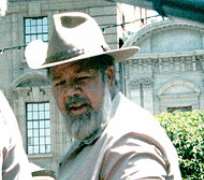 The high profile murder of controversial white supremacy leader Eugéne Terre'Blanche, allegedly by two youths aged 15 and 28, will see one of the first instances of a minor child being charged for murder under South Africa's newly introduced Child Justice Act (Act No. 75 of 2008).

The new Child Justice Act will be applied to all awaiting trial youths, 18 years-old or younger and may include those under the age of 21 who are, according to the Act, “alleged to have committed an offence when they were under the age of 18”.

The Child Justice Act took effect on 1 April 2010 and received significant input and shaping from youth interest groups and non-profits including the South Africa YMCA. Amongst other stipulations, the Act requires that a child be evaluated by a probation officer and that a magistrate be present for the provisional investigation before the case begins. Core to the Act's foundations is the investigation to the extent of a child's criminal capacity and the evaluation of the context in which the child lives. As Dr Ann Skelton, Director for the Centre of Child Law at the University of Pretoria explains, criminal capacity is, "the ability to understand the difference between right and wrong and to act in accordance with that knowledge at the time and the circumstance of the offence". The Act stipulates that all children below the age of 10 are presumed to have no criminal capacity, while children between the ages of 10-14 must first undergo evaluations to determine the extent of their criminal capacity.

As the youngest in the Terre'Blanche case is 15, criminal capacity is presumed, but recent media reports indicate that a report on the youngest co-accused's criminal capacity will shortly be filed. Under the new provisions of the Act, a child's environmental, personal situation and adult influences must be considered during the course of proceedings and may be used as grounds for alternatives to incarceration. Sipho Sokhela, National General Secretary of the South Africa YMCA believes it is crucial to understand these dynamics to ensure a cycle of youth violence does not continue. He said, “Within a broader context , one has to consider that this is not an isolated violent incident. It has some explosive racial history. So it's obvious that this is in part anger that has been brewing for some time and towards what people like Terre'Blanche represent.” But, Sokhela is quick to point out that a racial history does not fully explain a seemingly increasing culture of violence. As Sokhela explains, "The problem in this country is that we have children who are exposed to violence without a healthy, violence free environment. Unless something drastic is done with our social system... there will be a lot of children who will grow up without guidance, who will struggle, and the culture of responding to struggle is violence.”

Within the highly charged debates the high profile nature of this trial has created, there is clear concern and confusion regarding the perceived leniency of the Child Justice Act because of an alleged offender's personal context. Dr. Skelton is quick to point out though that "this law will not treat him (the youngest co-excused) more leniently". The Act is divided into three levels of offence severity, with murder falling within the most seriously regarded of the three, Schedule Three. According to the Schedule Three stipulations, if convicted a child cannot be released from police custody into the Restorative Plans (parental guardianship and community projects) made provision for in Schedules One and Two. In addition, diversion to Restorative Programmes of Schedule Three cases can only occur after consultation with the victims themselves and is unlikely to arise in this instance because of the highly emotional public interest in the case.

The use of Restorative Diversion Programs is designed around similar principles to that of the SAYMCA's Youth Justice and Y-Zone activities. For Sokhela, the time children spend between “school and bed is the riskiest and makes children who lack a clear foundation of guidance susceptible to crime and temptation”. In this respect, the Y-Zone and Youth Justice projects are designed to provide a safe space for children and youth to learn alternative behaviour models and create opportunities to develop their talents and potentials.