Francis receives the Episcopal Conference of Togo: spread the values of the Christian family 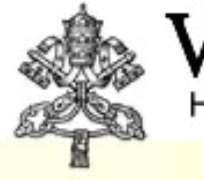 VATICAN, Holy See, May 11, 2015/African Press Organization (APO)/ -- Defence of the particular nature of the Christian family, and care in the formation of priests and consecrated persons in a country where religious communities and co-existence with other religions present no problems, were the key themes of the discourse Pope Francis handed to the bishops of the Episcopal Conference of Togo, whom he received in audience this morning at the end of their “ad Limina” visit.

In the text, and in view of the upcoming Synod of Bishops, the Pope underlines the need for the positive aspects of African families to be known and understood. “In particular”, he observes, “the African family welcomes life, and respects and takes into consideration the elderly. This heritage must be preserved, and serves as an example and impetus for others. The sacrament of marriage is a pastoral reality that is well accepted in your country, although there still exist barriers of a cultural and legal nature that prevent some couples from realising their wish to base their married life on faith in Christ. I encourage you to persevere in your effort to support families in difficulty … and to prepare couples for the commitments, demanding but magnificent, of Christian marriage. Togo is not immune to ideological and media attacks that come from all sides these days and which present models of unions and families incompatible with Christian faith. I am aware of the vigilance you show in this area, as well as your efforts, especially in the sector of communications”.

“But one of the keys to meeting the challenges presented to your communities and your societies is without doubt the formation of the young”, continues the bishop of Rome. “The Church-Family of God in Togo has chosen to stay close to children and young people who receive a good human and religious formation through numerous projects and initiatives. It is crucial that the young learn to life their faith with coherence, in order to bear witness to it with authenticity and to contribute to a more just and fraternal society. … Men and women religious play an indispensable role in the proclamation and transmission of faith in Togo. … I encourage you always to show paternal care towards the various Institutes. Their numbers are growing rapidly, and their development should be well accompanied; attention should also be paid to the formation of the youngest among them, in particular, to avoid amalgamation at the level of faith and inculturation. … Vocations are numerous in Togo and seminarians receive good formation in the seminaries … which must later help them in their battle against ambition, careerism, jealousy, worldliness, the seduction of money and worldly goods, and in living a sincere and joyful celibacy. I recommend special attention to the spiritual and pastoral care of young priests, and to be open to listening to their experiences”.

The Pope remarks that in recent years Togolese society has made significant progress in the political and social fields, and that “the Catholic Church has made extensive contributions to this, not only through her works of evangelisation and human promotion, but also through her commitment to justice and reconciliation. I thank you warmly for your efforts in this area, especially for your work in the Commission for Truth, Justice and Reconciliation. I encourage you to continue, ensuring that the Church occupies the place due to her in the the process of institutional reforms. ... However, it is always necessary to take care not to enter directly into political debate or disputes , taking care instead to form, encourage and support the laity – whose role this rightly is – so they are able to dedicate themselves to the service of the nation and the highest level and to assume their responsibilities”.

“I am glad that this service to Togolese society is also an opportunity for joint action with other Christian communities, as shown by various joint appeals to the nation. In the same way, in matters of interreligious dialogue, it is always necessary to promote, and perhaps further develop, the culture of dialogue and encounter, given that you enjoy peaceful co-existence especially with Islam, a co-existence that must be maintained considering the current situation in Western Africa. 'Interreligious dialogue is a necessary condition for peace in the world, and so it is a duty for Christians as well as other religious communities'. It is particularly important for young priests to receive a solid education in this matter”, concludes the Holy Father.