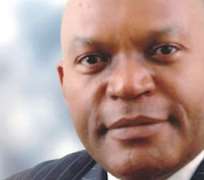 Shareholders of Fidelity Bank Plc. unanimously approved the 18 kobo per ordinary share of 50 kobo dividend payable to shareholders whose names appeared on the bank's Register of Members as at the close of business on April 17, 2015 as earlier proposed by the directors of the bank for the financial year ended December 31, 2014. With this, Fidelity Bank has, for 10 years, consistently paid out dividends to its shareholders.

Speaking yesterday at the bank's annual general meeting held at the Civic Centre, Lagos, the Managing Director/Chief Executive Officer, Fidelity Bank, Nnamdi Okonkwo noted that the 2014 performance is a positive reinforcement of the medium term strategic objectives which are anchored  on the following pillars: improving the efficiency of the balance sheet; growing the retail and SME businesses; focusing on niche corporate banking segments; increased migration of customers to electronic channels and improving the customer experience across all service channels.

He explained that the bank has a solid platform for growth, underpinned by strong customer loyalty and significant investments in physical and electronic distribution channels. 'Our retail banking strategy gathered increased momentum in 2014 with the bank acquiring  over 471,000 new retail customers, consumer loans growing by over 21 per cent and core low-cost retail deposit by 18 per cent which lowered our average cost of customer deposits'.

Pointedly, the bank boss said that operational efficiency improved as the bank leveraged on alternative electronic channels to reduce the cost to serve adding that the efficiency gains saw operating expenses, excluding regulatory costs, grow by just 3 percent in 2014 which was significantly below the inflation rate.

On sustaining efficiency and cost effective service quality, Okonkwo explained that the bank communicated and implemented a service programme centered on building a superior customer service franchise on the back of product innovation and service turnaround time early in 2014. He stressed that the programme was designed to improve the quality of services by speeding up processes and reducing response time to customer enquiries/complaints. To achieve the objective, the bank Chief said that the bank flattened its sales structure to improve its speed to market, deepened customer interactions and centralized some of the processes previously performed in branches which availed branch staff more time for attending to customer needs and enquiries.

'We have also restructured our sales force into a flatter and more nimble organisation which is closer to the customers and aggressive enough to drive our market share aspirations in order to achieve our corporate strategy'.

On cost optimization, Okonkwo said that the bank is centralizing its processing functions which will reduce cost to serve and improve uniformity of customer service. He revealed that Management's resolve to support the productive sector of the economy and grow a new generation of passionate entrepreneurs was further accentuated with the creation of the Fidelity Managed SME team that provides financing, business advisory services, capacity development and shared technology platform to SMEs.

'In recognition of our leadership role in the MSME banking space, we were invited to partner with the Federal Government and its agencies on various SME schemes. The Bank of Industry Limited (BOI) selected our bank as one of the 10 SME friendly banks it is partnering with to finance SMEs. The Central Bank of Nigeria also appointed our bank as one of the deposit money banks to serve on its working committee on the creation of a Mobile Collateral Registry for SMEs in Nigeria.'

Earlier the Chairman of the bank, Chief Christopher Ezeh had in his opening remark noted the exceptional performance of the Bank in spite of the economic whirlwind occasioned by the drop in the global oil prices. 'As you have noticed, developments in the international markets presented some challenges to both the real sector and the financial sector of our economy', adding that 'It is, however, important to state that your bank's performance was within expectations and that its growth potentials are promising'. He thanked the Shareholders for their unflinching loyalty and support and continued business patronage and assured them of the safety of their investment.