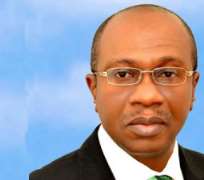 The Central Bank of Nigeria (CBN) has promised to raise N150.60 billion in treasury bills in May, according to its website on Thursday in Lagos.

It said that the total bills would be sold in three categories, with different percentage of yields.

According to CBN, N45.17 billion out of the total bill will be sold in three-month bill, with 10.09 per cent yield, just the same yield it sold the last auction on April 22.

This is higher by less than 1 percent yield when compared with the 12.80 per cent yield it sold the same category at the last auction.

It added that the last N82 billion worth of the one-year bill, had a coupon rate of 13.39 per cent.

The May auction is higher with 1.60 per cent than the 12.99 per cent it sold this category at the last auction.