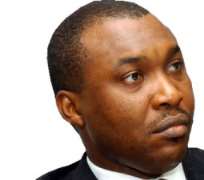 The Minister of Aviation, Mr. Osita Chidoka, on Thursday expressed concerns that in the 21st century, Nigerian pilots were still filing their flight plans manually rather than through electronic means in use in most developed and developing countries.

While describing this as an embarrassment to the aviation industry in the country, he said the Aviation ministry had started changing the system for better.

Flight plans are documents filed by a pilot or flight dispatcher with the local civil aviation authorities (e.g. Nigerian Airspace Management Agency) prior to departure. They indicate the plane's planned route or flight path.

According to pilots and airline operators, filing a flight plan manually takes hours instead of minutes if it is done electronically.

The manual filing of flight plans is said to be also jeopardising airlines' efficiency and security.

According to the minister, there is also an urgent need to listen to pilots that fly in Nigerian airspace in order to ensure that the country's aviation navigational aids are up to date.

He stated this in Lagos when Bi-Courtney Aviation Services Limited, operators of the Murtala Muhammed Airport Terminal Two, inaugurated passenger self-service facilities at the terminal.

Chidoka said the ministry had introduced an on-time performance monitoring system to improve service delivery among the local carriers.