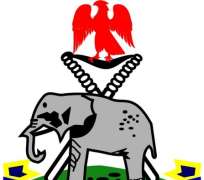 BEVERLY HILLS, May 03, (THEWILL) – The Police have busted a multi-million Naira scam in the sales of Federal Government Properties across the country.

Fingered in the scam are members of the Presidential Implementation Committee (PIC) on Sale of Government Properties who have allegedly perfected the art of defrauding unsuspecting Nigerians interested in buying the properties.

The Special Fraud Unit (SFU) of the Police busted the scam while working on a petition submitted to it by Multiplication Global Trade Limited‎.

A police report on the petition obtained by THEWILL, accused some PIC members of conniving with outsiders ‎to defraud sitting tenants by denying them their right to buy the properties contrary to government’s laid down procedures for selling the properties.

The report stated: “Discreet investigations reveal that there actually exists a cabal within the PIC whose modus operandi is described below:

“That as soon as sitting tenants of any government property expresses interest‎ to buy their flats in accordance with government policy and the PIC has profiled such tenants and found them qualified, the information about such property is immediately passed to members of this cabal who would approach the tenants and fake offers to buy the property off their interests at very ridiculous rates, usually between N10 million and N12 million maximum per flat, with subtle threats and intimidation that either they accept or they shall be disqualified.

“The tenants are usually informed that they must all make payments for their respective flats together as one. Having succeeded in putting sufficient fear in the tenants, they are now compelled ‎(the tenants) to give a joint letter authority to the supposed buyer to deal exclusively on their behalf with the PIC and pay on their behalf the offer price. Sometimes, the tenants are paid even before the offer letter is issued.

“This modus was recently deployed to intimidate the present occupants of No 6 Ruxton Street, Ikoyi, Lagos and in the process several high ranking police officers have been maligned as having interest in the property.”

The police report stated further that any member of the cabal being used for any property without paying a dime to government purse was allowed to source for buyers using the offer letter of the PIC‎ and because the properties were usually in choices areas, buyers were easy to find.

“And having found a buyer for a price that usually doubles the government offer price, usually ranging between N650 million to as much as N900 million for Ikoyi properties, such buyer is then instructed to raise drafts in the name of PIC on behalf of each teneant for the value of the offer price while the balance goes to the member of the cabal that has been assigned that property to handle and consequently shared,” it added.