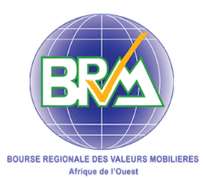 LONDON, United-Kingdom, April 29, 2015/African Press Organization (APO)/ -- On the occasion of the second edition of the BRVM Investment days (http://www.brvminvestmentdays.org), the regional stock exchange for the eight countries of the West African Economic and Monetary Union (WAEMU) and many West-African companies have met investors from the London Stock Exchange.

The regional stock exchange Bourse Régionale des Valeurs Mobilières (BRVM) (http://www.brvm.org) welcomes the success of the second edition of its BRVM Investment days, held on April 28 at the London Stock Exchange. "It is important for the sub regional market's growth to come and meet British as well as international investors to show them the evolution and performance of the West African Economic and Monetary Union," said Edoh Kossi Amenounve, CEO of the BRVM in front of more than a hundred personalities, including numerous representatives of the WAEMU market, leaders of both the BRVM and the London Stock Exchange and international investors. Ms Nialé Kaba, Côte d'Ivoire's Minister of Economy and Finance, who came to London specially for the event, stressed the importance of the BRVM to, at the same time, "mobilize local savings, develop public shareholding and grow the private sector's contribution to the economy".

With market capitalisation having doubled in three years – standing at 7458 billion CFA francs (around USD 13.8 billion) on 31 December 2014 – and transaction volumes growing constantly, the BRVM is becoming a destination of choice for many international investors, eager to diversify their asset portfolio while simultaneously contributing to the development of African economies. After a record 2013, which saw the BRVM 10 and BRVM Composite indices swell by 33.85% and 39.28% respectively, that growth was consolidated in 2014, as the BRVM 10 rose by 8.60% and the BRVM Composite by 11.23%. With two new entrants in recent months (Bank of Africa Senegal in December 2014 and Total Senegal in February 2015), the BRVM now has 39 listed companies. The last company to be floated on the exchange had been Bank of Africa Côte d'Ivoire back in April 2010.

"Quite a lot of international investors have already invested on the BRVM, among which Franklin Templeton, Allan Gray, Pictet or Renaissance Securities. It is important for us to amplify this trend in order to deepen the WAEMU market and improve its liquidity", says Gabriel Fal, Chairman of the BRVM's Board of Directors. During the last few years, those international investors together represented between 40 and 60% of the transactions' worth.

The London Stock Exchange is signing numerous agreements with African exchanges for technological purposes, education programs or the development of investment flows between London and Africa: Johannesburg (South Africa), Casablanca (Morocco), Nairobi (Kenya), Lagos (Nigeria), Maputo (Mozambique)… "We were delighted today to play host to some of West Africa's leading companies. Helping to support and drive the region's economy, our role in London is to work with these businesses, as a conduit for international investment in turn supporting the companies' development. Today's event gives us the opportunity to reflect on the increasingly strong partnership between West Africa and London, and explore how we can further strengthen our collaboration." concludes Xavier Rolet, CEO of the London Stock Exchange Group.