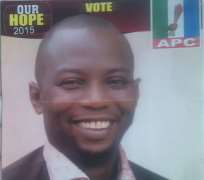 Barr (Chief) Daniel Magnus Oyowe is the Managing Director of Danol Integrated Services Limited and was born 42 years ago at Aviara Town in Isoko South Local Government Area of Delta State. He came into political limelight when he indicated interest to contest for Isoko North/Isoko South Federal Constituency in 2015 elections under the platform of the ruling Party, All Progressives Congress(APC).His entry into murky waters of Isoko politics was highly welcomed by those that felt Isoko political leadership must embrace young minds like Barr Daniel Oyowe.

As a young political servant that has the mind of eliminating poverty from Isoko nation, he decided to empower some youths in Isoko and the mandate to contest was bestowed on him. Even when EFCC arrested him of fraud at the primary election of APC, he won Dr.Ifowodo Ogaga, the USA based College lecturer and the APC ticket for Isoko Federal Constituency was given to him. When the rich remember the poor, God will always protect them, that was why EFCC released him and he contested against Hon.Leo Ogor of the PDP but was defeated.

He was the only Isoko APC candidate that never insulted PDP candidates than campaigning for his election. Even when the APC state leadership turned against his political ambition and he still encouraged himself. The elections have come and gone, but Barr Oyowe believes that the future is greater than today. He never used the media to criticise his political opponents than thinking positively on the growth of Isoko nation. As a trained lawyer, he believes that his legal contributions could help to influence projects in Isokoland if elected as Isoko Federal legislator in the just concluded general elections.

Again, Barr Daniel Oyowe is one young Isoko politician that has love for the poor and ready to take Isoko politics to the Promised land in 2019.If Buhari could contest for third term and won for the fourth term that indicates that Barr Oyowe has a bright future for Isoko people. Politics in Isoko has been hijacked by certain cabals who felt power cannot change hands.

The victory of APC at the centre also prepares opposition politicians to work hard and not to be taken by the ruling party in 2019.He is ready to bring quality leadership to Isokoland.Having being successful in oil and gas business, Barr Oyowe remains humble to God. His humility in politics is worthy to be emulated in all ramifications. He is smallish in appearance but might in oil and gas business and remains one of the most vibrant Isoko politician ever produced in recent times. He is happily married and blessed with children.