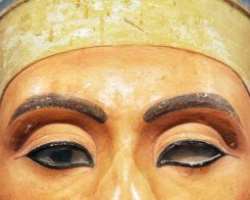 AFP – Antiquities officials from around the world gather in Cairo on Wednesday to map out a strategy to recover ancient loot they say has been pillaged from their countries and displayed abroad.

The two-day conference will be attended by antiquities officials, deputy culture ministers and museum directors from 16 countries that have seen some of their national heritage stolen over the centuries.

Egypt's Supreme Council of Antiquities (SCA) said the forum will discuss “the protection and restitution of cultural heritage.”

Delegates will also draw up lists of artefacts missing from their countries and displayed in museums abroad, treasures they have been demanding be returned, the SCA said.

The conference will also call on the United Nations cultural body UNESCO to amend a convention that bans export or ownership of stolen antiquities acquired after 1970.

The convention deals with the “means of prohibiting and preventing the illicit import, export and transfer of ownership of cultural property,” but stipulates there will be no “retroactive” measure for artefacts acquired before the convention was signed in 1970.

Over the years, Egypt's antiquities supremo Zahi Hawass has made the return of looted Egyptian artefacts the hallmark of his tenure and won many battles to bring home Pharaonic items and other ancient relics.

In March, Egypt said it retrieved from Britain some 25,000 ancient artefacts, including a stone axe dating back 200,000 years and pottery from the seventh millennium BC.

But Hawass is still eyeing two high profile objects: the Rosetta stone held by the British Museum for more than 200 years and the 3,400-year-old bust of Queen Nefertiti on display at the Neues Museum in Berlin.

The iconic Rosetta stone, which dates back to 196 BC, was found by French forces in Egypt in 1799 and given to the British under a treaty two years later.

Its discovery led to a breakthrough in deciphering hieroglyphics, as it gives the same text in the ancient Egyptian script, plus the demotic Egyptian that was the common language and Greek, which was the language of officialdom.

As for the Nefertiti bust, Germany has repeatedly rebuffed Egyptian claims to the rightful ownership of it and says the priceless sculpture was acquired legally nearly a century ago. Egypt says it was spirited out of the country.

Last year Egypt broke off relations with the Louvre Museum until France finally returns stolen steles chipped off a wall painting in the ancient tomb in Luxor's Valley of the Kings.

Greece, one of the countries attending the conference, will chair a session devoted to “problems facing the countries in their attempt to retrieve their antiquities,” Hawass has said.

Athens has been locked in a 30-year antiquities “war” with London to retrieve the Elgin Marbles from the British Museum.

Since becoming head of antiquities in 2002, Hawass has helped Egypt reclaim 31,000 relics from abroad. Last year he insisted that “what has been stolen from us must be returned.”