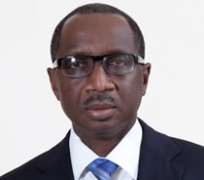 The group's unaudited results for the quarter ended March 31, 2015 showed that it made a profit after tax of N26.9bn in the quarter, - 8.7 per cent higher than the N24.8bn it realised in the corresponding period of last year, while its profit after tax rose by 4.9 per cent to N22.6bn from N21.6bn.

According to FBN Holdings, the gross earnings growth was aided by a strong year-on-year growth of 51.2 per cent in non-interest income to N29.3bn.

It added, 'Gross earnings were further supported by a 17.0 per cent y-o-y increase in interest income to N95.3bn. Negatively affecting gross earnings was the impact of the Central Bank of Nigeria's implementation of the revised COT charges and the sterilisation of the loanable funds in reserve requirements.'

The Group Chief Executive Officer, FBN Holdings, Bello Maccido, was quoted in a statement as saying that by virtue of its performance, had sustained its leading position in the financial services industry.

'In spite of the volatile political and macroeconomic environment that has characterised the first quarter, we returned a profit before tax of N26.9bn, a nine per cent increase over the same period in 2014,' he said.

'Given this we are cautiously optimistic about the rest of the year, as the country and economy benefits from improving confidence, and remain focused on managing effectively the macroeconomic challenges.'

Maccido, who said that the group expected improved traction from investments committed in the prior year to diversify revenue streams and enhance profitability, promised that it would continue to build a resilient business and drive efficiencies towards delivering sustainable returns to its shareholders.