AKUME, THE SENATE AND THE SEARCH FOR LEADERSHIP 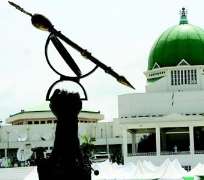 If there is one word to capture with precision the political situation in the most important black nation, Nigeria, it has to be transition. Yes, for the past sixteen years that the country returned to civil rule, the Peoples Democratic Party (PDP) has been in the saddle at the centre and a majority of the states. For the records, PDP won the general elections in 1999, 2003, 2007, and 2011. It was because of these electoral successes that prompted the leadership of the self-proclaimed largest political party in Africa to boast in 2008 that it would rule Nigeria for sixty unbroken years!

The result of the general elections just held has made nonsense of the PDP boast – not with the way the newly formed opposition party, the All Progressives Congress (APC), routed the ruling party. APC has won the presidency, the majority in the National Assembly and governorship in the thirty-six states of the federation. Of course, the victory of the APC at the centre comes with an added burden of not just forming the government but even more important, taking and sharply guiding the leadership of the National Assembly in general and the Senate in particular.

Although all eyes seem to be on the Presidency, the Legislature is perhaps the most important organ of government in a democracy and rightly so for many reasons. First by its deliberative methods of reaching at decisions, it is the most democratic organ. Second, it is peopled by the true representatives of the citizens having been voted for by delineated constituencies. Yet, in the end, the success and quality of a democratic government like ours can be measured by the Executive/Legislature relationship. And if the experience in the past sixteen years is anything to go by, then the Nigerian people deserve the change they have 'voted' for.

Even then, the APC as a political party must have learnt a great deal of lessons from the PDP especially as it concerns the upper legislative house, the Senate. Under former President Olusegun Obasanjo, the leadership of the Senate was constantly in a flux of restless and whimsical alterations. Obasanjo was changing the leadership of the Senate to suit his own selfish agenda. And this never helped in building and preserving the ever so-needed independence of the Legislature. Therefore, as Nigerians welcome APC into government, one of the very first visible change they would like to see is the preservation of the independence of the legislature by allowing members elect their leadership especially in the Senate. Thus, in supporting a candidate for the position of the Senate President, the APC must be circumspect because if they get it wrong the first time as the PDP did in 1999, they would have unwittingly set in motion a trend that may ultimately lead to an unhealthy Executive/legislative rivalry.

If reports in the media are anything to go by, the APC has zoned the position of the Senate President to the North-central, the same zone that has been holding the position under the PDP since 2007. Then the next question that APC must ask itself is: what kind of character and qualities are Nigerians expecting from the next Senate President? Although the incumbent in that office, Senator David Mark, has been widely applauded for “stabilizing” the Senate, there are indeed many who consider him too conservative for a country like Nigeria yearning for change. In essence, Nigerians are looking forward to seeing a president of the Senate out to champion radical legislations in all aspects of the society, not one more interested in preserving the status quo and protecting the interest of the government over and above the interest of the general public. Of all the names mentioned in the race for the position, George Akume, a ranking senator from Benue State comes to mind. Although he was elected governor for two terms under the ruling PDP (from 1999 to 2007), when he was convinced that his former party had lost its way and the trust of his people, he embraced change as far back as in 2011 when it was politically suicidal to contemplate that. So convinced was he that in 2011 he left the PDP to join forces with the progressives in the ACN and sought re-election to the Senate. His constituents in Benue Northwest Senatorial Zone re-elected him. Akume cannot be seen as one of those who moved over when it was convenient; he moved over when he was convinced!

Apart from the quality of progressive conviction, the one to take over from David Mark must be a Senator who, in the past eight years, has been consistent with his political beliefs and principles. The Senate President, rightly as the number three citizen, automatically will be a leader of his or her party and who will always be ready to defend the integrity and positions of his/her party. Elected Senators and the APC must therefore be looking out for a disciplined party man. Who needs a Senate President that would be ready to lead a rebellion against his or her own party? Although in the end, the APC benefited from the destruction of the PDP by some of its treacherous members from the inside, General Muhammadu Buhari (president-elect), Bola Tinubu (APC National Leader) and John Oyegun (APC National Chairman) must critically examine the roles played by former PDP members some of whom in the APC today are vying for offices and ask: can these people be trusted with an exalted office as the Senate Presidency?

It is also very important in choosing the next Senate President that we consider the ethnic configuration of the country and other political/social sensibilities to strike a balance in the interest of the federal character principle. The President Elect, General Buhari, is a Fulani man. Would it be fair, wise and proper to elect another Fulani man, for instance, as Senate President without hurting the sensibilities of other groups in the country? George Akume, a Tiv man, if selected as Senate President, will only agree with the federal character even as he is eminently qualified for the position.

Moreover, in the past eight years, George Akume has approached his job as a senator of the Federal Republic of Nigeria with a missionary zeal and utmost responsibility. On the floor of the Senate, the quality of his debates and interventions has been profoundly deep and rich in nationalistic espousals. As a Senator, he has not been bogged down by the all-too-common undemocratic _Government House nostalgia syndrome_ that prompts his former colleague-governors into interfering in the affairs of their successors. Instead, he has devoted his time to serving his people and Nigerians as senator. That is the kind of focus, commitment and temperament needed from the next Senate President!