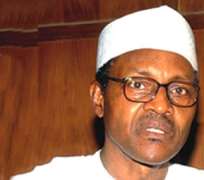 Having coasted to victory on the promise to halt the pervasive corruption that defines the current administration and on his own reputation for accountability, Buhari has no choice but to, first, undertake a detailed probe and audit of the NNPC operations and account and, thereafter, break the corrupt monolith into a lean holding company. The executives, petroleum ministry and Presidency officials that have for so long gorged on the treasury through the NNPC should not get away with their loot. The World Bank's backing should also put paid to some misguided calls that the in-coming administration should not 'waste' time on probes. We disagree.The magnitude of NNPC's malfeasance demands one. Corruption is encouraged by both the incentives and opportunities to be corrupt. And so, the World Bank's Chief Economist for Africa, Francisco Ferreira, said, 'One norm that has to change is the norm of impunity.' A series of audits and reports has uncovered horrendous graft, unauthorised spending, alleged secret accounts and brazen theft. Described by The Economist of London as one of the world's 'most opaque' national oil companies, the NNPC unilaterally determines how much subsidy and other items it is entitled to and simply deducts. Global audit firm, KPMG, reported that between 2007 and 2009, for instance, it over-billed the government by N28.5 billion in subsidy deductions. In 2013, Switzerland-based non-governmental organisation, Erklarung von Bern, alleged that $6.8 billion was siphoned in crude revenues. The Finance Ministry complained in September 2007 that the corporation failed to remit $5.2 billion to the government.For a company responsible for the country's interest in the oil and gas sector that provides over 70 per cent of government revenues and 90 per cent of export earnings, this corporation must be made accountable. The NNPC has become a law unto itself and, as noted by Democracy Network, an NGO, 'it is accountable to no one.' The veracity of this was confirmed by Petroleum Resources Minister, Diezani Alison-Madueke, who pointedly told a parliamentary committee that the NNPC had the right under law to spend part of its revenue without recourse to the parliament despite the constitutional provision that all revenues accruing to ministries, departments and agencies of the government must be remitted to the Federation Account.An organisation rated by the Economist Intelligence Unit in 2007 to be 'a source of corruption and national shame' and in March this year, to be 'among the most secretive oil groups in the world,' can only continue to be so only with presidential and ministerial complicity. Successive Nigerian presidents have, according to an analyst, turned the NNPC into their 'personal ATM.' A former presidential media adviser, in his memoirs, detailed how the then President would simply demand money from the NNPC group managing director for activities that should normally be funded by MDAs. There are allegations that the NNPC partly funds the re-election campaigns of sitting presidents.The scale of the impunity perpetrated by public officials is simply awesome. What Nigeria needs is a holding company to manage her interests in the oil and gas industry, not a corporate behemoth that oils the machinery of graft. The reform should begin with a total withdrawal from the downstream oil sector - pipelines, refineries, depots and retail outlets should be privatised within six months of the new administration taking office. Its production arm, the NPDC, should also be privatised. Let the private sector run things, while the government strengthens regulation and sees to the passage of the Petroleum Industry Bill.As the late Singaporean leader,Lee Kuan Yew, put it,'Singapore is what it is today because of its system of transparency and integrity.' The new government should break quickly with the inertia, impunity and complicity of the President Goodluck Jonathan administration and exhume the panel and audit reports on the NNPC. Arising from the 2011 petrol subsidy scam where N2.53 trillion was paid in unbudgeted payments, four reports and committee reports to review them have not been acted upon. The latest report by the Nigerian Extractive Industries Transparency Initiative on the period 2009-11, said N4.42 billion, N3.71 billion, and $1.7 billion in over-recoveries from marketers and use of expired memorandum of understanding with joint venture partners were still outstanding. This is a firm that, according to EvB, sells all of its crude through third parties, which creates room for kickbacks and shady contracts.Nigerians want to know how much is really missing from the NNPC: is it $20 billion as alleged by the former CBN governor, Lamido Sanusi, or $10.8 billion as the NNPC itself once admitted only to later say it paid itself for kerosene subsidy? We need details of the refund of $1.48 billion recommended by PWC. What kind of accounting does NNPC operate that the CBN, the government's banker, cannot unravel and one where the Finance Ministry, the Accountant-General and the apex bank have conflicting figures?But if ever the argument that a fine toothcomb needs to be run through the NNPC is in doubt, Buhari needs only remember that despite producing 2.3 million barrels of crude per day, Nigeria imports refined petroleum products, the victim of NNPC's incompetent, corruption-ridden monopoly in local refining.The overall strategic approach to fighting corruption should apply across the board, with no distinction made on whether it is petty corruption or high level corruption. No exception is made for anyone and there are no 'black areas' or 'sacred cows' the law cannot deal with.