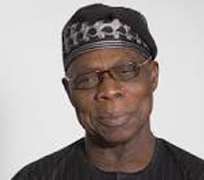 Not a few Nigerians and commentators from the international community have given plaudits for democracy in Nigeria, particularly as it relates to the conduct of the March 28 and April 11 general elections, despites all hitches working against the process. One huge relief the elections offered, however, was that it disappointed all predictions and prophesies that Nigeria, as an entity, would go extinct or sink with the polls. But, alas, former President Olusegun Obasanjo, for example, says the elections have raised hope for the country; and that Nigerians can now raise their heads in honour anywhere in the world. 'We have done it for West Africa, we have done it for Africa and we have now done it for ourselves', he said.

Without any doubt, the successful conduct of the polls ushered in a new phase in Nigeria's democratic march. For the first time, for instance, a sitting president lost out; and on his own, without allowing the hawks around him to mislead him, though they tried tirelessly, congratulated the winner; and has been in high spirit in his preparation to quit. Civil rule, even when many disagree that it is synonymous with democratic governance, has been longest since 1999 (May 29), when the military, after several years of meddlesomeness with politics, handed over the baton of power to Obasanjo, who flew the flag of the Peoples Democratic Party (PDP), the party that lost power at the federal level to the opposition All Progressives Congress (APC) candidate, General Muhammadu Buhari (retired) on March 28.

But as the nation basks in the euphoria of successful 2015 polls, little attention has been paid to the contradictions trailing Nigeria's democracy since 1999. They include scant or spittle rewards by way of democratic dividends, federalist hypocrisy, political parties that are merely two sides of the same coin in structure, content and ideology; unflattering internal party democracy; and quite unfortunately, perhaps, a political class with entrenched desperation for political power, rent-seeking and dubious patronage. This will help give an insight into why conceding defeat is not in the dictionary of the average Nigerian politician. This is without prejudice to President Jonathan's willful concession of defeat to Buhari in the last Presidential elections. It will take the strong penchant for electoral frauds by politicians to explain why governors allegedly pay huge sums of money to disreputable and corrupt Independent National Electoral Commission (INEC) officials and their unscrupulous accomplices in the nation's security services to compel the selling of election results to the highest bidder; as well as why a retired army general allegedly participated actively in perpetrating electoral frauds in one of the South-South states during the last general elections.

Agreed, INEC's application of electronic technology to avoid the commission of large scale electoral frauds paid off; but certainly not maximally. There is still the crying need for improvement ahead of future polls. But even if INEC perfectly puts its house in order in terms of hitch-free application of state-of-the-art electronic technology for elections, transparent, free and fair polls will still elude Nigeria if electoral fraudsters are given chance to ply their trade; and if politicians refuse to realise the fact that they are in for any electoral contest to win or lose without pulling down the roof on the nation. This is a major challenge for the National Orientation Agency (NOA); and a matter of conscience for the common crooks and political rascals adorning the nation's landscape.

For the aforementioned reasons and others, therefore, we strongly lend our support to strident calls that suspects linked with electoral offences must face the wrath of the law, since electoral violence occasioning the loss of lives, ballot box, election materials and Cards readers' snatching, illegal thumb-printing of ballot papers, et cetera, marred the polls in some parts of the country. Ensuring that those who committed election-related offences are diligently prosecuted and punished, and far-reaching reform of the entire electoral process, are some of the major tasks the Buhari Presidency should insist on once sworn-in on May 29. This is very imperative because the gloating beneficiary of a fraudulent mandate today could be the unfortunate victim of same tomorrow. It may also please the Buhari administration to find solutions to some of the pitfalls of the nation's democratic experiment already pointed out; in addition to seeking honest answers to the 'National Question' as had been identified by the reports of past national conferences, including the one convened by President Jonathan last year.