Dr. Alex Otti Recalls Sen. Chukwumerije As A “Combatant For Equity And Justice” 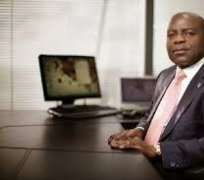 Tuesday April 21, 2015: The APGA Abia State candidate for Governor and immediate past Group Managing Director of Diamond Bank Dr. Alex Otti has commended “the public service and dedication of the late Senator Uche Chukwumerije as exemplary and reflective of the legacy of a progressive combatant for equity and justice.”

Dr. Otti fondly “remembers Comrade Chukwumerije as a man who had the worthy courage to take a stand and speak and write against human rights violations and historical wrongs in the difficult passages of Nigeria’s history.”

“His capacity to document and present relevant facts of history and contemporary times was legendary. This was evident in his work as a journalist, a writer and as a senior government official.

For him, effective communication was vital to serving the entire citizenry.”

On issues of law and order, “we also remain proud of Comrade Uche Chukwumerije as someone who respected the stipulations of Nigeria’s constitution, and he stood up to those who sought the peculiar privileges of an unlawful 3rd term.”

“With his death, Abia State has lost a political strategist and champion of equal rights. Our prayers are with his family in this time of sorrow and transition.”

Chukwumerije, a former Minister of Information, was 75 years old.

He was elected Senator in April 2003 where he represented the Abia North Senatorial zone. He was chairman of the Senate Committee on Education.