#MySuperStarStory: I Squatted With A Squatter – Bovi 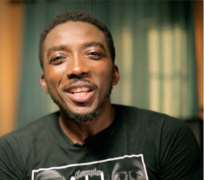 Stand-up act Bovi is undoubtedly in the A-list of the Nigerian comedy scene. Having worked with the biggest names in Nigerian entertainment as well as international acts like Wyclef Jean and Ja-Rule, he is widely recognized as one of Nigeria’s finest comedians.

During a recent #MySuperStarStory interview however, Bovi revealed that his sojourn to the top of the comedy circuit in Nigeria was far from simple. He mentioned that upon moving to Lagos, he squatted with an uncle who himself was squatting with a colleague. He went on to reveal that after taking up comedy as his career, he was billed to perform at a big comedy show in 2008, but upon getting to the venue he was told that he was not on the bill and he was not allowed to perform despite begging. The heartbreaking experience he said moved him to tears.

Going further, he stated that he is thankful for having achieved the success he has achieved and he urged everyone aspiring to success to never give up. In his words, “One thing people fail to realise is that they can achieve fame from their passion. It doesn’t have to be entertainment. I was tenacious, I was steadfast, I was hopeful and I was focused and I think that is what they need.”

#MySuperStarStory aims to celebrate and recognize stories of triumph over adversity and thus inspire young Nigerians to be successful. There is a STAR in everyone. You can join the conversation and share your own superstar story on social media using the hashtag #MySuperStarStory.