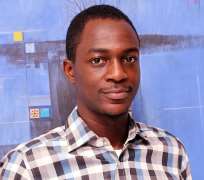 Lagos, Nigeria: Nigeria’s leading media and marketing Communications Company, BHM Group has announced the appointment of Mr. Femi Falodun as Chief Operating Officer of ID Africa , its new specialist Digital Marketing firm. Mr. Falodun comes into the role in a management reorganization, which aims to position the BHM Group for the next stage of its growth.

ID Africa, is a digital and content marketing agency combining cutting edge technology and creative strategies to help individuals and organizations grow their influence and revenue online with optimal effectiveness.

Femi Falodun, prior to assuming the role of COO was Head of the digital department of BlackHouse Media where he oversaw the expansion of the department from a Client Service unit to a Digital Service platform offering a full-service Digital Marketing package. ID Africa as the successor to BHM Digital, will be overseen by Mr. Falodun in this new role from where he will report to BHM Group CEO Ayeni Adekunle.

Ayeni who founded BHM in 2007 says the move is the first in a line of improvements to the management structure of the BHM Group as it continues its expansion.

According to him, this is a demonstration of commitment of the BHM Group to building and developing talent and fostering a close-knit team atmosphere by promoting from within.

He said, “This is part of a long-term strategy to ensure that ID Africa continues to grow and evolve in a dynamic environment by positioning ourselves for the future and ensuring that even without my direct input, clients and investors retain the utmost confidence in the ability of the agency to continue getting results and creating value.”

Mr. Falodun moved to BHM after over five years in Marketing and branch operations at Zenith Bank PLC. He quickly established a reputation at BHM as a Digital Media expert with special interests in PR, Digital marketing, Content marketing, Social Media strategy, Corporate Communications and Brand Management while serving as the Digital Team Lead. In this role, he developed digital strategies and executed PR and Communication projects for a number of notable clients including Star Lager, Gulder, Fayrouz, Viacom International Media Networks, Heineken, Etisalat, ‎Interswitch and the Nigerian Entertainment Conference amongst others.

Mr. Falodun has a BSc in Biochemistry from the University of Agriculture Abeokuta and an MBA in Marketing from the University of Lagos (UNILAG). He is currently studying for a Post Graduate Diploma in Marketing from Simon Page Business School. He has professional certifications in Google Adwords and professional memberships of CIM UK‎ (Affiliate) and CIPR UK, JCI International.

He lives in Lagos and he is happily married. He blogs as Hephef and he enjoys reading non-fiction and writing poetry & rap lyrics in his spare time.