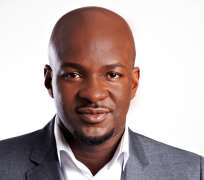 Lagos, Nigeria: On Wednesday April 22, 2015 at the third edition of the Nigerian Entertainment Conference (NECLive) holding at Eko Hotel & Suites in Lagos, a number of respected contributors to Nigerian show business will be awarded NET Honours in recognition of their efforts in the promotion and development of Nigerian entertainment.

Chris Ihidero, chairman of the NET Editorial Board describes the NET Honours as a small token of appreciation for the immense contributions made by the awardees to the evolution of Nigerian entertainment as a business and as a culture.

Profiles Of NET Honours Recipients
Jacob Akinyemi-Johnson
Jacob Akinyemi-Johnson aka JAJ has had over 36 years of experience as a broadcaster. He has become one of Nigeria's biggest broadcasting personalities and he has been instrumental to the growth of Rhythm 93.7 FM. JAJ's consistently high standards and longevity have contributed in no small way to the growth of private radio and TV broadcasting in Nigeria.

Mr Benson Idonije
Benson Idonije is an iconic broadcaster, journalist, music producer and artist manager. At 78 years of age, with over 57 years in the industry in which time he has worked with legends like Fela Anikulapo Kuti, he continues to participate actively in the industry without showing any sign of letting up.

Cobhams Asuquo
One of Nigeria's most successful song music producers ever, Cobhams Asuquo has achieved local and international acclaim. He is currently the CEO and Head of Productions of CAMP (Cobhams Asuquo Music Productions) and he is signed on to Sony ATV (Sony Publishing) London as a songwriter. Cobhams is living evidence of the human ability to surmount any kind of challenge and achieve success against all odds.

Abija
Tajudeen Oyewole aka Abija is one of the Nollywood's most successful Yoruba actors. He is also a successful movie producer with titles such as Aji Perin, Ija Eleye, Omo Eleye and Orikunkun under his belt amongst others. With over 40 years of work under his belt in the Nigerian film industry, Abija still maintains his high level of output and creativity and does not look like quitting anytime soon.

Razak Abdullahi
Razak Abduallahi is the CEO of Corporate Pictures, one of the country's top movie and music marketing firms. Razak Abdullahi's efforts in marketing Nigerian movies and making Nollywood a profitable business model have contributed greatly to the success of the Nigerian film industry.

Moses Olaiya (Baba Sala)
One of the fathers of modern Nigerian comedy, Moses Olaiya has contributed immensely to the success of the Nigerian movie industry as an actor and a producer. He is also a huge contributor to the evolution and growth of Nigerian music. Moses Olaiya is a genuine living legend of Nigerian entertainment.

Alex Okosi
Alex Okosi is a media executive responsible for the launch of the pan-African MTV channel MTV Base in February 2005. This platform now gives African artistes a global audience of more than 100 million. He is also the creative force behind the MTV Africa Music Awards, another massive international platform for African artists to enhance their profile and status.

Lere Paimo
As a film actor, film-maker, producer and director, Lere Paimo has featured in, produced and directed several Nigerian films over the years. He has been awarded an MFR in recognition of his immense contributions to the Nigerian film industry, and till date he continues to make use of his experience and knowledge to contribute to the development of the industry.

Emeka Mba
Emeka Nkem Mba is the Director General of the National Broadcasting Commission (NBC) and a highly respected veteran with over 23 years of experience in the industry. As DG of the NFVCB, he has carried out trailblazing work in reforming the Nigerian film industry and he was also instrumental to the launch of Africa's first satellite movie channel Africa Magic which has given Nollywood a truly global platform.

Jahman Anikulapo
Jahman Anikulapo is a respected entertainment writer, Arts critic and journalist. He has presented Nigerian films to large international audiences at the Milan African Film Festival and French African Film Festival in Stuttgart, Germany, where he also served on the international jury. He is also on the board of the West African Documentary Film Forum, conveners of the yearly Real Life Film Festival in Ghana. He has continuously striven to promote the Nigerian movie industry.

Lagbaja
Afrobeat musician, Bisade Ologunde aka Lagbaja is one of Nigeria's most successful and internationally recognized artistes. He has regularly used his clout to push for the interests of the Nigerian entertainment industry and his success in promoting indigenous African music to the African and global audience was key to the resurgence of the Nigerian music industry.

Tony Okoroji
Chief Okoroji is Chairman of the Copyright Society of Nigeria (COSON) Board and he has been at the forefront of efforts to review Nigeria's copyright laws. As one of Nigeria's most respected authorities on Intellectual Property, he has consistently fought to promote the interests of Nigerian copyright holders in the entertainment industry.

Steve Ojo
Steve Ojo has been involved in broadcasting for 49 years. He later set up the first production company in Nigeria, supporting government stations with production and post-production services. As the founder and CEO of Galaxy TV, he continues to work to advance the interests of private broadcasting in Nigeria.

Adebayo Faleti
Adebayo Faleti is one of Nigeria's entertainment pioneers with a career stretching back over five decades in poetry, acting, writing and broadcasting. One of Nigeria's most celebrated Yoruba playwrights, he is also a successful Yoruba movie producer and one of the most respected exponents of the indigenous language creative sector.