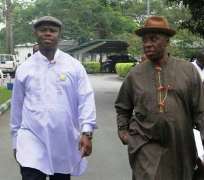 Recent views expressed on Africa Independent Television, AIT, by Mrs. Eno Udensi, President of a South African-based Non-Governmental Organisation, NGO, that elections in Rivers State were free and fair, have been dismissed and described as an afterthought from a biased observer.

Mrs. Udensi, who, also, in the same television program, said the Independent National Electoral Commission, INEC, deserved commendation for “job well done”, has been advised to learn to speak the truth at all times at least, not to mislead the younger generation. “We want to advice Mrs. Udensi, who is a known apologist of Akwa Ibom State Governor, Obong Godswill Akpabio, that truth at all times, is costlier than cash”.

In a reaction to Udensi's warped views unashamedly canvassed on behalf of the Pan African Women Observer Group, which monitored the hugely discredited elections in Rivers State, the Greater Together Campaign Organisation, GTCO, berated Mrs. Udensi for selling her value for a pot of porridge.

While expressing the hope Mrs. Udensi's views were personal and not that of the Observer group she led, the campaign outfit noted that even at that, Mrs. Udensi's position was a deviant and an aberration when compared with other reports turned in by credible observer groups including teams from United States and the European Union.

“It was possible Mrs. Udensi was quarantined by her sponsors in an insulated 5-star hotel room, sipping leisurely cups of coffee, when the guns were booming in Akuku Toru and Asari Toru local government areas. It was possible her sponsors sedated her with a lullaby that lured her to sleep on a water bed when armed militia groups sponsored by PDP went on killing spree in Tai, Etche, Okrika, Port Harcourt City.

She also must have been in that deep sleep when PDP thugs attacked virtually every Poling Unit in Rivers State and snatched ballot boxes and ballot papers, thumb-printed in private homes, burnt the RAC in Buguma and committed other electoral malfeasances against Rivers people. Had Mrs. Udensi done the job she came to Rivers State last April 11, she would have seen the travesty, the day-robbery and the war unleashed on Rivers people by PDP in criminal collaboration with INEC and security agencies.

By her views, she has revealed her connivance in the questionable conduct of Mrs. Gesila Khan, the INEC Resident Electoral Commissioner, REC, in the conduct of the elections. It is unfortunate that people like Mrs. Udensi saw no evil in INEC's betrayal. Until justice was done, Rivers people will continue to demand same and condemn likes of Mrs. Udensi”.